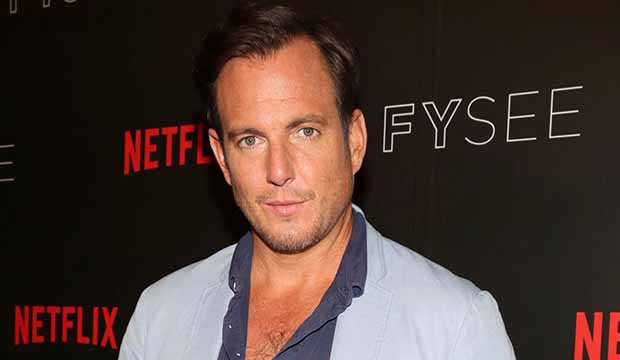 For the past several Emmys, the category of Best Character Voice-Over Performance has lacked excitement with “Family Guy” winning for the past three years. Instead of nominating the same people again from “Family Guy” or “The Simpsons” (as great as those performances are), it’s time for some new and deserving people to break into the category. With that in mind, we offer our memo to Emmy voters:  here are five overlooked performers from this past year that would be inspired choices to make it into this year’s competition. Do you agree with these suggestions? Let us know in the discussion thread in our forums right here.

Will Arnett, “BoJack Horseman”
It’s no secret that Arnett is a fantastic actor, having given great performances on “Arrested Development,” “30 Rock” and the LEGO version of Batman, but his work on “BoJack” has been stellar since the show premiered in 2014. That got taken to an entirely different level with this past season in the episode, “Free Churro.” The entire episode is a monologue by the title character giving the eulogy at his mother’s funeral. He recounts how horrifying her final days were as she was completely consumed by dementia and also reflects on how cold and ruthless she was. At the same time though, he finds a little bit of solace in remembering that even though the toxicity of the relationship between him, his mother and his father was off the charts, they were all experiencing it together. Arnett delivers every line impeccably and after five previous Emmy nominations, this would be an amazing achievement to give him a win for.

Maya Rudolph, “Big Mouth”
For almost 20 years Rudolph has been stealing scenes in film and television (which have netted her two Emmy nominations), but Netflix’s puberty comedy, “Big Mouth,” might just have given her the juiciest role she’s ever gotten in the form of Connie the Hormone Monstress. You can pretty much choose any episode of the season and Connie will have a line that Rudolph delivers in a way that has you laughing so hard, you’ll need to pause the episode. Whether it’s a song, a one-liner or just the words, “bubble bath,” Rudolph brings an attitude to Connie that only she could deliver. There are several great episodes including “What is it About Boobs?,” where Connie gets to sing the empowering body-positive anthem, “I Love My Body,” and “Steve the Virgin,” where she assists Jessi in shoplifting items from a local drug store.

David Thewlis, “Big Mouth”
From the critics prizes he won in 1993 for the film, “Naked,” to his Emmy and Golden Globe nominations for “Fargo,” Thewlis’s abilities as a performer have been celebrated for years. His turn as the Shame Wizard deserves to be on the same level as those listed above. Thewlis delivers each of his lines with a powerful force where even though you know he’s not shaming you personally, you feel the shame he’s inflicting on all the other characters. This is brilliantly shown in the episode named for his character, where he puts Andrew (John Mulaney) on trial for being a pervert and an all-around horrible human being. But he also gets to give the character some surprisingly heart-warming nuance in the season finale, “The Department of Puberty,” and the ability to bring this character full circle makes Thewlis deserving of Emmy recognition.

April Stewart, “South Park”
Stewart has been with “South Park” since season eight premiered in 2004. Since then she’s been voicing characters such as Wendy Testaburger, the Mayor, Principal Victoria and Liane Cartman. But it’s her performance as Sharon Marsh in the season 22 premiere, “Dead Kids,” that really merits appreciation. When a school shooting hits South Park Elementary, Sharon seems to be the only person in the town who is outraged that no one seems willing to do anything about it and that everyone seems blase about the whole incident. Randy thinks that she must be emotional due to menopause and this causes Sharon to get even angrier. She later comes to the conclusion that she’s been acting overly emotional and apologizes to a very stunned Randy. She then finds out there’s been another shooting and that Stan has been shot and she reacts with the same nonchalant as everyone else in town. Stewart brilliantly channels the anger that so many of us feel about these repeated tragedies and her ultimate willingness to become passive to the whole thing is incredibly heartbreaking.

John Michael Higgins, “Bob’s Burgers”
Higgins, who’s one of the best comedic actors currently working, scored an Emmy nod two years ago for Best Short Form Comedy/Drama Actor for “Tween Fest.” Now he gets to shine as Doug Wheeler on the Emmy winning Fox comedy in the episode “Roller? I Hardly Knew Her!” Doug tries to get Gene to do a roller dance routine with his daughter, Courtney, but when he says no he turns to Gene’s friend, Alex. When Alex isn’t working out, Doug launches a scheme with Gene to make Alex get diarrhea so Gene can take over. Doug acts just like a showbiz mom, trying to make up for the lost glory he never obtained and Higgins plays it beautifully. He especially excels at this because he is so so blunt about how awful he’s being. It’s villainous, over-the-top and completely bonkers. In other words, just the kind of performance that should get the attention of Emmy voters.