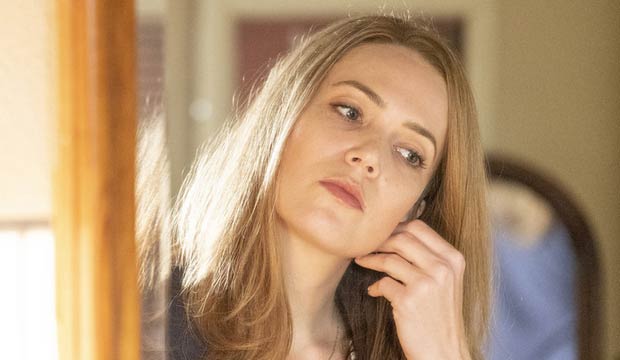 Mandy Moore received her first Emmy nomination this year for playing Rebecca Pearson, the matriarch of a close-knit family in NBC’s tearjerker “This is Us.” Moore plays the character in different periods of her life: sometimes as a young optimistic newlywed, sometimes as a struggling widow and single parent, and sometimes as an older, wiser grandmother.

Emmy voters finally noticed her impressive acting chops this year and included her in the competitive Best Drama Actress category on her third try against past winners Viola Davis (“How to Get Away with Murder”), Laura Linney (“Ozark”), previous nominees Emilia Clarke (“Game of Thrones”), Sandra Oh (“Killing Eve”) and Robin Wright (“House of Cards”), plus rookie contender Jodie Comer (“Killing Eve”).

Moore’s Emmy episode submission is “The Graduates,” which aired March 5 and was the 14th episode of the NBC show’s third season. In this episode, Rebecca is heartbroken that her late husband Jack (Milo Ventimiglia) wasn’t alive to attend the high school graduation of their three children. She attends a grief support group meeting where her sorrow boils up to the surface after years of struggling to come to terms with the loss of her husband. It is a strong submission for Moore, as she showcases her range, but more importantly it shows that her character is the linchpin of the show in many respects. She’s the glue that holds this large family together.

Will Moore prevail now that she has finally been nominated? Let’s consider the pros and cons.

If Moore has any edge over her competition, it is the emotional response that she might trigger in voters who watch the show, or at least her episode submission. Voters might want to give her a hug for pouring her heart and soul into this role, especially with the powerful storyline that the “This is Us” writers gave her this past season. Also, Rebecca and the way Moore portrays her may be an inspiration to many mothers and partners out there. Don’t underestimate the power of empathy and emotion.

“This is Us” is beloved by actors in the industry, which might tip her over the edge in this crowded category. Moore is nominated along with six of her cast mates this year: previous winner Sterling K. Brown and previous nominee Ventimiglia in Best Drama Actor; fellow first-timer Chris Sullivan in Best Drama Supporting Actor; and Ron Cephas Jones (a previous winner for “This is Us”) alongside first-time nominee Michael Angarano and overdue Emmy veteran Phylicia Rashad in the guest categories. That so many of the cast have been nominated (or won) over its three seasons to date is a testament to how much their fellow actors in the TV academy appreciate the work they are doing. The cast has also won the SAG Award for their ensemble performance for the last two years.

DISCUSS2019 Emmy Awards with our fun and friendly forum posters

There has been a narrative building that “Killing Eve” star Oh is overdue for the win. She never won back in the day for “Grey’s Anatomy,” for which she was nominated five times, and last year she was thwarted in this category by Claire Foy (“The Crown”). Oh might have a slight edge over her cast mate Comer on Emmy night because of that alone. Moore, who is a first-timer, might suffer from a “wait your turn” mindset in voters.

Moore was snubbed for her work in the first two seasons, which might indicate that she just squeaked in here this time, particularly because previous winners Foy and Elisabeth Moss (“The Handmaid’s Tale”) weren’t eligible.