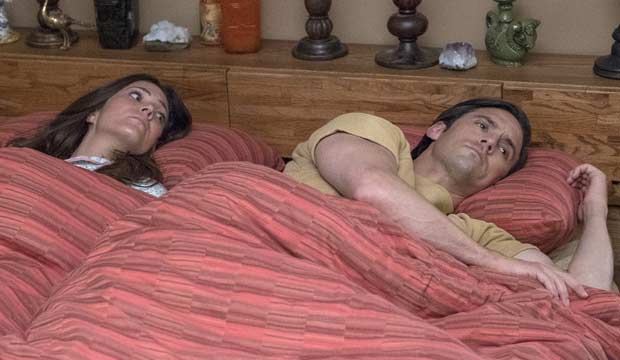 Milo Ventimiglia surprised us all when he joined his TV son Sterling K. Brown in the 2017 Best Drama Actor Emmy lineup for playing Pearson patriarch Jack in the breakout first season of NBC’s “This Is Us.” Now, two years later, he defied our odds once more to snag his third consecutive nomination for the show and in his career — again accompanied by Brown. For consideration, he’s submitted the third season’s seventh installment “Sometimes” to Emmy voters, in the hopes of bagging his first win.

This episode further explores Jack’s time as a soldier in Vietnam and focuses on his attempt to bring his unstable younger brother Nicky (Michael Angarano) to his own unit stationed nearby. After initially denying the request, the commanding officer has a sudden change of heart, which doesn’t leave Nicky leaping for joy, but rather bristling with rage. Elsewhere, Jack asks local man Bao (Dustin Nguyen) to take him back to his base, but Jack then discovers he was a participant in the manufacture of land mines, which previously led to casualties in his unit.

In another timeline, which takes place just one week after Jack and his future wife Rebecca (Mandy Moore) first meet (around 1972/1973), the couple takes a road trip to Los Angeles so Rebecca can meet with a record label. While there’s certainly no lack of intimacy between them, there are enough moments of eerie silence to distress Rebecca. But Jack, internally combating PTSD, explains to her how he doesn’t want his time in Vietnam to be part of their relationship.

During Rebecca’s meeting with the label Jack reaches out to the parents of a soldier from his unit who was killed during the firefight in episode four (“Vietnam”). Jack feels responsible for his death, but is comforted by the soldier’s two forgiving parents. When Jack then picks up Rebecca, who was booted out of the record label’s office, he asks her to perform her song. And at the sound of the lyric, “All my mistakes were forgivable,” he silently breaks into tears.

SEEEmmy episode analysis: Sterling K. Brown (‘This Is Us’) navigates the highs and lows of marriage in ‘R&B’

Is it finally Ventimiglia’s time to ascend the Emmy podium? Let’s take a look at the pros and cons:

While “Sometimes” isn’t as showy a submission as Ventimiglia’s previous two, it features a clearly defined arc for Jack and has him thoroughly front and center. In fact, the subtlety and internality of Ventimiglia’s performance help bring to light the difficulty of sharing and delineating trauma. But  by the end of it, viewers do get the catharsis of seeing Jack finally, albeit silently, pour his heart out to Rebecca — in a scene that features some of Ventimiglia’s best work on the show to date. In general, the care and sincerity with which he portrays Jack’s PTSD could particularly resonate with voters, as it unfortunately is such a common disorder in this era of prolonged wars.

After working in the industry for nearly 25 years, Ventimiglia, who’s also known for his past roles on “Gilmore Girls” and “Heroes,” is still patiently waiting to receive his due. And since his co-star and rival Brown already has two Emmys, voters may not feel as much urgency to vote for him again, so Ventimiglia might finally be able to cash in his Emmy IOU after going home empty-handed for the show on his first two tries. Plus, he could be helped by the fact that “This Is Us” was once again able to make it into the Best Drama Series lineup, showing strong support from the TV academy as a whole.

SEEEmmy episode analysis: Michael Angarano (‘This Is Us’) is scarred for life as Nicky in ‘Songbird Road: Part One’

Sure, Brown has already been crowned twice by Emmy voters, but when they have their favorites, they tend to stick with them for a long while. This doesn’t mean he will win over Ventimiglia this year, necessarily, but there’s a good chance he’ll siphon votes from him, like he might have done last year when Ventimiglia arguably had the stronger season of the two, but they both ended up losing to Matthew Rhys (“The Americans”). And Brown did his TV dad no favors by submitting his own excellent episode, the third season’s penultimate hour “R&B,” which focuses nearly entirely on Brown’s character Randall and his relationship with his wife Beth (Susan Kelechi Watson).

In addition to Brown, Ventimiglia faces tough competition from his other rivals. Jason Bateman (“Ozark”) and Bob Odenkirk (“Better Call Saul”) are well-respected industry vets waiting to finally get recognized for their respective shows. First-time contender Billy Porter (“Pose”) is a previous Tony and Grammy Award winner, who made history this year as the first openly gay black Best Drama Actor nominee and is coming off a buzzy year. And Kit Harington (“Game of Thrones”) is hoping to ride the coattails of his show, which just amassed a record 32 noms, to his first win.

Since 2011, every winner in this category has come from a first-year show or a final-year show, and Porter and Harington are the only two who fit that bill in this race.