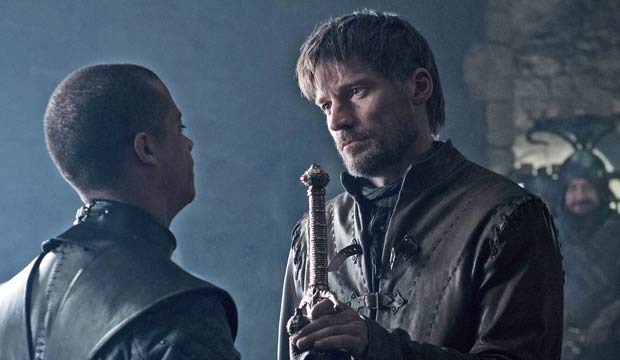 A Lannister always pays his debts, but will Emmy voters pay it back? Danish actor Nikolaj Coster-Waldau just scored his second consecutive Best Drama Supporting Actor nomination for playing Jaime Lannister in the eighth and final season of “Game of Thrones.” This year he’s hoping to finally rake in his first statuette with the season’s second installment, “A Knight of the Seven Kingdoms,” which he has submitted for consideration to Emmy judges.

In this calm-before-the-storm episode, Jaime is tried for his past actions by Winterfell’s council, in front of whom he expresses his determination to fight for the living in the upcoming battle against the army of the dead. While at first strongly disapproving, Daenerys (Emilia Clarke) and Sansa (Sophie Turner) ultimately agree to let Jaime join their forces after Brienne (Gwendoline Christie) vouches for him and Jon (Kit Harington) reiterates the importance of every new soldier they can get.

Through the rest of the hour, Jaime apologizes to Bran (Isaac Hempstead Wright) for pushing him out of a window and crippling him back in the very first episode of the series, discusses Daenerys’s leadership abilities in a heart-to-heart with his brother Tyrion (Peter Dinklage) and begs Brienne to be under her command. Finally, when some of them gather to share anecdotes and crack jokes over some wine on the eve of the big battle, Jaime hears how Brienne has been refused a knighthood due to her sex. So he honors his dearest friend by, as a knight himself, granting her the title she’d been so unjustly denied.

Will Coster-Waldau now be knighted himself by Emmy voters? Let’s dive into the pros and cons:

Once again, Coster-Waldau will have to duke it out with Dinklage, who won this race last year and two times before that (2011, 2015). What could give Coster-Waldau the edge this time is that he might be considered overdue. For instance, he was snubbed by the TV academy in 2013 for the third season, which featured Jaime’s famous confessional scene in which he explained why he really betrayed the Mad King, Aerys Targaryen. He earned a Critics’ Choice Award nomination for that season, but it took the Emmys another five years to catch on. Goodwill from voters for his cumulative achievement on the show could finally translate into a win.

“Thrones” is on its final go-round and just piled up a record 32 noms. If it steamrolls on Emmy night, then it’s possible that Coster-Waldau will be carried along on that wave. Last year it was tough for him to get out of Dinklage’s shadow, but voters have now shown sustained support for him, so it could pay off this time.

“A Knight of the Seven Kingdoms” is both a redemptive hour for Jaime and a reminder of Coster-Waldau’s collective good work on the show. His eight years of character development are evident in Jaime’s distinct interactions with other characters. Particularly enthralling is his subtle work during Brienne’s knighting, which was one of the most fondly remembered moments of the last season, so voters might have still had it in mind when they marked their ballots.

So far, Dinklage is the only “Thrones” cast member to have had his lucky day at the Emmys – or should I say days. He’s already the most nominated actor of all time in this category with eight bids — one for every season of “Thrones” — and now he’s poised to become the biggest winner ever with a fourth victory for the show. As nice as it would be to see both Lannister brothers with Emmy gold, the consistent support for Dinklage from the actors branch of the TV academy might be too big a hurdle for Coster-Waldau to overcome. It also doesn’t help that Dinklage submitted what was arguably his best episode with the series finale “The Iron Throne.”

Even if voters want to spread the wealth to a non-Dinklage “Thrones” nominee, Coster-Waldau still has to get past another co-star, Alfie Allen, who submitted “The Long Night,” in which his character Theon dies a hero after finding redemption on the battlefield. While he has little screen time in it, his storyline may have enough emotional impact to siphon votes from Coster-Waldau.

How good is the SAG Awards at predicting the four acting winners at the Oscars?