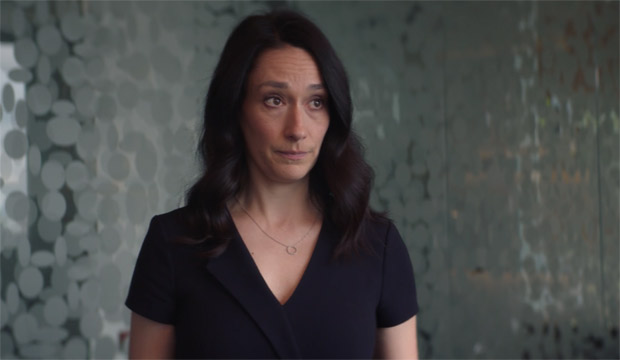 Among the many surprise inclusions on Emmy nominations morning was Sian Clifford, who earned her first career bid in the Best Comedy Supporting Actress category for “Fleabag.” It was one of 11 noms the Amazon series received overall, including Best Comedy Series. Clifford contends for playing Claire, the uptight sister of Fleabag (creator Phoebe Waller-Bridge) who’s struggling with grief and man problems.

For her Emmy submission, Clifford has chosen “Episode 2.3.” In this installment, Fleabag helps Claire at a work event honoring a prominent woman (Kristin Scott Thomas). It ends in disaster when she accidentally breaks the expensive trophy meant to be presented and must find a replacement. Meanwhile, she meets a friend of Claire’s — also named Klare (Christian Hillborg) — who has caught her married sister’s eye.

Can Clifford win for this episode? Let’s take a look at the pros and cons:

If there’s one thing actors love, it’s a success story they could one day emulate. Clifford came out of seemingly nowhere to bag her first nomination alongside such heavyweights as last year’s winner Alex Borstein (“The Marvelous Mrs. Maisel”), previous champ Kate McKinnon (“Saturday Night Live”), prior nominee (and co-star) Olivia Colman, returning contenders Anna Chlumsky (“Veep”) and Betty Gilpin (“GLOW”), and first-time competitors Sarah Goldberg (“Barry”) and Marin Hinkle (“The Marvelous Mrs. Maisel”). Perhaps voters will look at her and think, “There but for the grace of Emmy go I.”

The second season of “Fleabag” exploded with Emmy voters, amassing a whopping 11 bids after a first season haul of zero. Considering this is also its farewell installment, voters may want to shower it with statues while they still can.

“Episode 2.3” hilariously explores the fractured relationship between Fleabag and Claire, pairing them up for a farcical adventure to rival Laurel and Hardy. It also explores the great pain Claire feels in her marriage to the drunken Martin (Brett Gelman) by providing her with a more sensitive love interest.

Clifford has the disadvantage of competing against her co-star, Colman, who just won an Oscar for “The Favourite”and benefits from having the showier role as Claire and Fleabag’s wacky stepmom. As our odds indicate, if there’s going to be a “Fleabag” supporting actress victor, it’s likelier to be Colman.

By that same token, Colman and Clifford could just as easily split the vote with each other, as could “Maisel” co-stars Borstein and Hinkle, throwing the win to Chlumsky, Gilpin, Goldberg or McKinnon.

Considering what a newcomer she is, Clifford will have to rely on voters actually appreciating her performance instead of rewarding a longtime veteran.