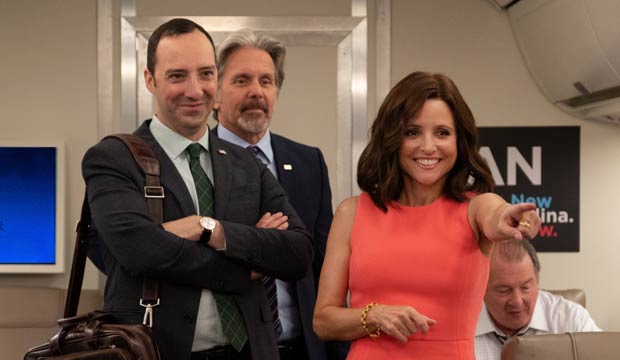 Julia Louis-Dreyfus (“Veep”) is on the cusp of wrapping up one of the greatest winning streaks in Primetime Emmy history. She’s undefeated in the Best Comedy Actress race with six wins (2012-2017) for playing self-serving politician Selina Meyer. This year she could win lucky number-seven, which would make history for the actress in a couple of ways. But might this be her toughest challenge yet?

That’s a lot of support from a wide array of journos, but there are a few naysayers. Predicting an upset win for Phoebe Waller-Bridge (“Fleabag”) are Thelma Adams (Gold Derby), Michael Ausiello (TVLine) and Robert Rorke (New York Post). And standing alone in “The Marvelous Mrs. Maisel” star Rachel Brosnahan‘s corner is Ed Martin (Media Village) — that’s right, this race is so competitive that only one Emmy Expert thinks the returning champion will defend her title.

But it’s tough to bet against Louis-Dreyfus. Her six wins for this performance already make her the most awarded primetime performer for a single role. Throw in her 2006 victory for “The New Adventures of Old Christine” and that gives her seven Comedy Actress titles, more than anyone else in history. And when you include her 1996 supporting victory for “Seinfeld,” that gives her eight Primetime Emmys as a performer, which ties her with Cloris Leachman.

So if Louis-Dreyfus wins again this weekend, she’ll extend the Emmy records she already has and set a new one as the most honored performer in primetime history. However, Leachman also has one extra acting Emmy in daytime, so Louis-Dreyfus wouldn’t break that record outright; they’d both have a total of nine performance awards.

“Veep” doesn’t have as much overall support as it has in years past, though. It’s down from 17 nominations the last time it was eligible in 2017 to 9 nominations now. Her rivals Waller-Bridge, Brosnahan and Natasha Lyonne (“Russian Doll”) are all on shows with more total nominations. Even the biggest winning streaks have to end sometime, but no matter what happens this Sunday night, Louis-Dreyfus’s dominant run may never be repeated.