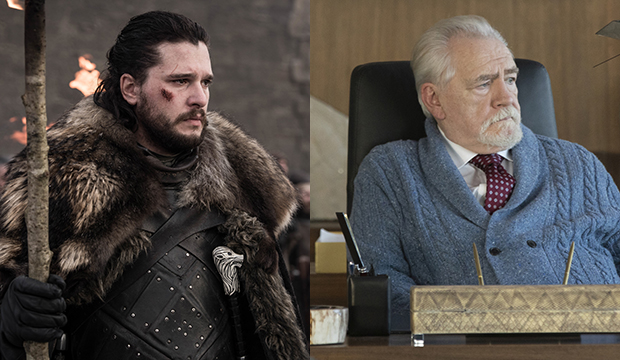 Remember last month when we said Best Drama Actor is one of this year’s most divided Emmy races? Well, it’s even more so now. Back then, our Experts were split between four men. Now? It’s six! That would be a vote for every single nominee.

Our pundits were already high on the top four predicted nominees: Jason Bateman (“Ozark”), who has five Experts picking him; Bob Odenkirk (“Better Call Saul”), who’s backed by four Experts; and Sterling K. Brown (“This Is Us”) and Richard Madden (“Bodyguard”), who each had one vote.

But two more contenders have supporters now. Kit Harington (“Game of Thrones”), who’s in fifth place, is the top choice of Anne Thompson (IndieWire) and Thelma Adams (Gold Derby). And Brian Cox (“Succession”), who’s in eighth place, has Debbie Day (Rotten Tomatoes) in his corner. (“This Is Us” star Milo Ventimiglia and “Pose” star Billy Porter are in sixth and seventh, respectively.)

SEE The drama actor Emmy race is full of, uh, drama: Our Experts are divided between 4 contenders

Harington will first have to do what he was unable to accomplish last year: break into the lead field. He has a supporting bid under his belt, but both he and Emilia Clarke failed to score nominations with their category promotions last year. However, there are three open slots with reigning champ Matthew Rhys (“The Americans”) and “Westworld” stars Ed Harris and Jeffrey Wright ineligible, and it is the final season of “Game of Thrones.” He could draft off of that even if Jon Snow was completely useless in the Battle of Winterfell. Our users certainly believe Harington and the other six main “Thrones” stars will make the cut this year.

Cox is definitely more of a dark horse pick and it’s unclear how big “Succession” will go over with the TV academy (it did win the Directors Guild Award for Adam McKay). But Cox is a highly respect thesp and a past Emmy winner, for the TNT miniseries “Nuremberg.” Season 2 of “Succession” is slated to premiere in August, which could help him out too if he makes the shortlist.

Maybe by then consensus will build around one or two nominees, but if not, that’s even better because we need some uncertainty up in here.