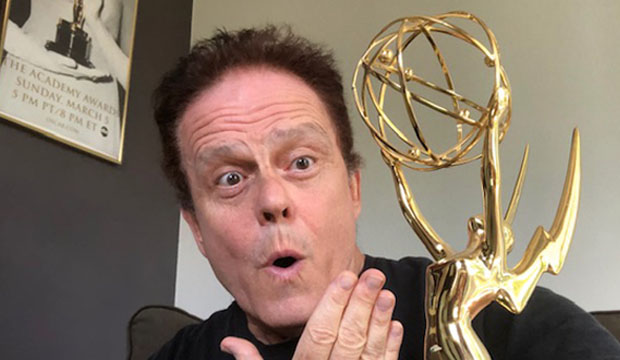 Making Emmy predictions is tough this year. Yeah, sure, “Game of Thrones” will reign as Best Drama Series on Sunday and Bill Hader (“Barry”) will be back as Best Comedy Actor – those races are easy – but what about the others? Even the usually invincible “Veep,” Julia Louis-Dreyfus and “Marvelous Mrs. Maisel” could be stung by that red-hot “Fleabag.” And “Chernobyl” has been going nuclear on the awards scene, of course, so what are we pundits to think of “When They See Us”?

Below are my predictions, which you should compare to rankings by 30 other Experts, 10 Editors and our Top 24 Users and All Stars at Gold Derby. See my full rankings in all top categories here. See the Emmy racetrack odds that are generated when all of those predictions are combined, including yours. Don’t forget to make or update your picks here.

BEST COMEDY SERIES: “Veep”
At first glance, this looks like a matchup between the two returning champs “The Marvelous Mrs. Maisel” (2018) and “Veep,” which ruled the previous three turns. (It wasn’t eligible in 2018.) “Maisel” recently romped at the Creative Arts, claiming six, but “Veep” seldom did well in those categories back when it was bagging the biggest one and now it’s competing for its final season. Will voters want to give it a farewell hug? Hmmm.

A major rival is “Fleabag,” which is Hollywood hipsters’ fave program right now and it’s obviously within striking distance. It just won the Emmy for Best Casting, which often tattles on the Best Series victor, and most of my own Gold Derby Editors predict it will pull off this upset. But hold your horses, Derbyites! “Barry” has major clout, which it proved by scoring the second-most nominations among comedies (17, compared to 20 for “Maisel,” 11 for “Fleabag” and 9 for “Veep”). That’s 4 more noms than “Barry” garnered last year, thus indicating growing support. But 9 nominations were exactly how many bids “Veep” had when it won Best Comedy in 2015. Now, in a four-way race for Best Comedy of 2019, any one of these frontrunners can prevail with far fewer voters than normally needed. That favors “Veep” for its final season, which had a lot of shocking things to say about U.S. Presidential elections at a time when America begins a new one for real.

BEST COMEDY ACTRESS: Julia Louis-Dreyfus, “Veep”
Defending champ Rachel Brosnahan (“Mrs. Maisel”) has never competed against Emmy queen Louis-Dreyfus, who’s gone undefeated in this category all six times that she’s been nominated as Selina Meyer. In total, she has 8 statuettes for acting, which ties her with Cloris Leachman for the record of most Primetime Emmys for performances. The only person who can stop her from setting a new, solo record is “Fleabag” industry darling Phoebe Waller-Bridge.

BEST DRAMA ACTRESS: Sandra Oh, “Killing Eve”
Deadly close competition between costars Oh and Jodie Comer. Comer is the coolest choice, but Oh’s been on a romp at the Golden Globes (where she hosted) and Critics’ Choice and SAG Awards. I think she’ll continue so here.

BEST DRAMA SUPPORTING ACTOR: Peter Dinklage, “Game of Thrones”
The three-time past champ will set a new record for most wins in this category.

BEST DRAMA SUPPORTING ACTRESS: Julia Garner (“Ozark”)
No “Game of Thrones” actress has ever won an Emmy, but there are too many of them in this category (four!) and they’ll probably slay each other. I hope not. I’m secretly rooting for Maisie Williams, but Garner will likely benefit from the “Throne” vote splits.

BEST LIMITED SERIES: “When They See Us”
“Chernobyl” just swept up 7 Creative Arts Emmys, but it lost the most important category – casting – to my pick to win here.

BEST TV MOVIE: “Black Mirror: Bandersnatch”
Twenty-four of 31 Experts pick “Deadwood: The Movie,” but I think they’re overlooking the power of having “Black Mirror” in a nominee’s title. Sure, “Bandersnatch” is dismissed by some TV critics as gimicky, but previous two winners in this category were “Black Mirror” installments “USS Callister” and “San Junipero.”

BEST ACTOR IN A TV MOVIE/MINI: Jharrel Jerome, “When They See Us”
The Netflix mini turned Jerome into a compelling superstar, but he needs to worry about Jared Harris, who’s riding “Chernobyl’s” nuclear buzz.

BEST ACTRESS IN A TV MOVIE/MINI: Michelle Williams, “Fosse/Verdon”
Patricia Arquette won the Golden Globe, Critics’ Choice and SAG Awards for “Escape at Dannemora,” but that was before Williams wowed us as showbiz triple-threat Gwen Verdon. Very close race.

Will Dan Levy ('Schitt's Creek') be this year's Phoebe Waller-Bridge at the Emmys? Actually, he might…

Wild Emmy trend: Comedy actress and comedy series have matched 5 years in a row -- Who will make it 6?

4 Experts' Emmy Predictions: Is 'Schitt's Creek' ahead? Overhyped? Is 'Mrs. Maisel' up or down? [Watch…

Don't send flowers! Instead, sit Mom down in front of the TV and make her watch the best 'Run' episode…

Andrew Scott ('Black Mirror'): Hot Priest could get his Emmy revenge after his egregious 'Fleabag'…

Get Gold Derby's new, free & easy app to make (and update) your predictions