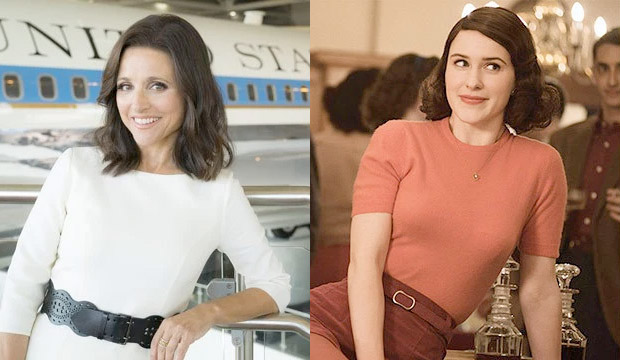 While the Best Drama Series race feels like a lock for “Game of Thrones,” it’s a different story in Best Comedy Series. Three-time champ “Veep” is back to reclaim its crown from “The Marvelous Mrs. Maisel,” and it’s holding a narrow 5/1-odd lead over reigning champ “Maisel” (11/2) in our early predictions.

Our pundits who are currently predicting this race are also much more divided in this category than they are over in drama. Three Experts, six Editors and 19 Top 24 users are backing “Veep,” while two Experts, one Editor and three users are going with “Maisel.”

Since “Veep” didn’t air last year, it has never faced off against “Maisel,” so we have no data on how this showdown might go. What we do know is that the Emmys do like “Veep” and star Julia Louis-Dreyfus very much; it was the three-time defending Best Comedy Series champ before sitting out 2018 for Louis-Dreyfus’ breast cancer treatment, and Louis-Dreyfus was the six-time defending champ in Best Comedy Actress.

SEE The ‘crazy, jam-packed’ final season of ‘Veep’ will premiere sooner than you think

Voters — and the industry — may just like “Maisel” more though. The show dominated the Emmys last year with eight wins, the most ever won by a comedy for one season. In the past two months, it’s cleaned up at the guilds, bagging more guild awards, 14, than any comedy for a single season. Star Rachel Brosnahan has also never lost a major acting prize for “Maisel,” adding a second Golden Globe and Critics’ Choice Award and her first Screen Actors Guild Award (the show was not nominated for its first season) in January to go with her Emmy from last year.

But was “Maisel” just keeping the seat warm before “Veep” returned? The seventh and final season of “Veep” doesn’t premiere until March 31, so it’s still a bit of a question mark right now, but there’s no reason to assume it won’t fall right back into the Emmys’ good graces for a farewell hug.