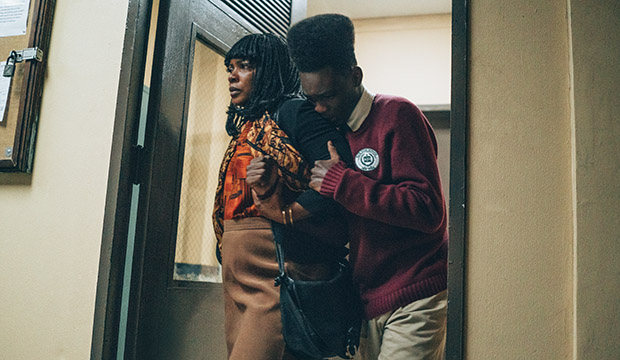 When will Netflix win its first series Emmy? Well, according to our combined odds, when “When They See Us” takes home Best Limited Series on Sunday’s Primetime Emmy Awards.

With 82/25 odds, Ava DuVernay‘s dramatization of the Central Park Five case is way out in front, thanks to support from 21 Experts, 10 Editors and 13 of our Top 24 users. A 16-time nominee, “When They See Us” already has one win under its belt, for casting, from Sunday’s Creative Arts ceremony, but the bulk of its support is in the acting branch, as half of its nominations are for its performers.

Netflix has won a major program award before — Best TV Movie twice for “Black Mirror: San Junipero” and “Black Mirror: USS Callister” the past two years — but not in series, despite producing the first streaming series Emmy nominee (“House of Cards” in 2013). In the interim, both major rivals Hulu and Amazon have blazed past it with series victories for “The Hamdmaid’s Tale” (2017) and “The Marvelous Mrs. Maisel” (2018), respectively. Netflix isn’t expected to be competitive in the comedy and drama series races, so limited is where it’s at for it.

But don’t discount “Chernobyl,” which is in a rather distant second place with 18/5 odds. With 19 bids, it leads the limited series/TV movie field and has already bagged seven wins at Creative Arts, four of which were against “When They See Us.” And it’s also a dramatization of a horrific historical event.

Tied with 9/2 odds are “Escape at Dannemora,” “Fosse/Verdon” and “Sharp Objects.” “Dannemora,” which has 12 nominations, was white hot earlier this year, nabbing wins for Patricia Arquette at the Golden Globes, Screen Actors Guild and Critics’ Choice Awards, along with a Directors Guild win for Ben Stiller, but that was before most of the other nominees had premiered.

“Fosse/Verdon” surprised with 17 nominations and won three already at Creative Arts. It would give FX its fourth win in this category following triumphs for “Fargo” (2014) and both seasons of “American Crime Story” (2016, 2018).

Eight-time nominee “Sharp Objects” was all the rage last summer when it aired, but its newer, hotter competitors have since eclipsed its buzz.