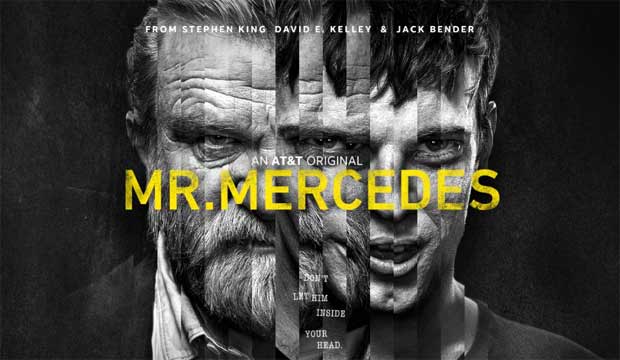 TV director Jack Bender last competed at the Emmys in 2016 for the heartbreaking episode of “Game of Thrones” titled “The Door” that ended in the heroic death of Hodor (Kristian Nairn). Bender didn’t contribute to the final season of that epic series, but he deserves to be a contender for Best Drama Directing this year for bringing the wild second season of “Mr. Mercedes” to its shocking conclusion.

The first season of Audience Network’s crime drama was a gritty game of cat and mouse between retired detective Bill Hodges (Brendan Gleeson) and serial killer Brady Hartsfield (Harry Treadaway). Then season two took a turn for the weird and cerebral. Based on the third novel in Stephen King’s Bill Hodges trilogy, “End of Watch,” this latest collection of episodes charted Brady’s rapid recovery from a coma and his subsequent development of psychic powers as the result of an experimental brain drug administered to him while he was unconscious.

Incorporating trippy paranormal elements into a series otherwise grounded in reality is no easy task, but Bender wrangles the story threads into a satisfying tale that maintains its focus on the obsessive rivalry between Hodges and Hartsfield. Along the way the director constantly asks the audience to question what is real. Does Hartsfield truly have the ability to control minds, or is his nurse’s strange behavior just a coincidence? Does Hodges truly witness those superpowers manifest, or is his obsession with this serial killer clouding his read on reality? Bender directed 8 of the 10 episodes in the second season, and his guiding hand is essential in selling the audience on the series’s new narrative path.

The director’s deft skill is most evident when Brady stood trial in the season finale, “Fade to Blue,” which balanced the grandstanding nature of courtroom scenes with intimate character moments. Since the experimental drug changed Brady’s brain without his consent, his defense rests on the premise that he is not the same person who committed the murders from season one. Enter Lou (Breeda Wool), Brady’s former best friend who survived his knife attack. As the only surviving victim, Lou is tasked by the court to meet this “new” Brady Hartsfield to determine whether he is still the same person, and therefore culpable for the murders.

Bender elicits stunning performances from his two actors. With a series of extreme closeups, he captures the agony on Lou’s face as she encounters her attacker for the first time since he plunged a knife into her. She can’t bring herself to make eye contact with this monster, which Bender smartly juxtaposes with shots of Brady’s eyes boring into hers. But in conversation, Brady is remorseful, even shedding a tear over his past self’s misdeeds. The tension in the room is high, and the tight scene never gives away whether or not he’s telling the truth. As a viewer, you feel like a voyeur of a private moment that no one should witness. Just for a moment, you’ll wonder whether Lou actually believes Brady as she remembers the man who was once her confidant.

Bender pulls out all the stops during the conclusion of the trial. After Lou testifies that Brady is still “the same sociopath who stabbed me” she walks slowly towards Brady. The camera shifts to her perspective. The viewer looks through Lou’s eyes as they settle on the murderer, and an uneasy energy washes over the screen. Lou leans into Brady and mutters, “I don’t forgive you,” before producing a plastic 3D printed gun and shooting him in the face. It’s a finely crafted moment for the director, not just because he kills off a main character, but because he makes the audience hold their breath before the shocking event occurs. You don’t know what is going to happen when Lou sets her sights on Brady, but the change in pacing and tension makes the scene feel like it’s primed to explode.

Before the sequence finishes, Bender treats us to one more thematic visual. As officers pin Lou’s head down on the table, she is forced to finally make eye contact with Brady. The bullet punctured his eye socket, and his blood flows across the surface towards her. Brady stares back at Lou as he takes his final breath while a maniacal grin spreads across his face. Plenty of folks have compared Brady to the Joker, and Bender seems to reference the Joker’s dying laugh from Frank Miller’s classic “The Dark Knight Returns” with that final image of Brady. The moment also keeps the paranormal questions from season two alive. If Brady did truly poses psychic abilities, did he project his consciousness into Lou in his last moments? Each viewer could have a different interpretation.

Although he has been at the helm of some of the most memorable episodes of contemporary television, Bender has never won an Emmy for direction. He has five previous bids in that field. The first was for the “Northern Exposure” episode “Seoul Mates” in 1992. Then “Lost” brought him bids for the episodes “Live Together, Die Alone” in 2006, “Through the Looking Glass” in 2007, and the series finale “The End” in 2010. And lastly he received the aforementioned nomination for “Game of Thrones.” “Lost” bagged him four additional Best Drama Series nominations as a producer, resulting in a win in 2005. That must have felt great, but it’s time for Bender to be recognized for his ambitious work in the director’s chair.