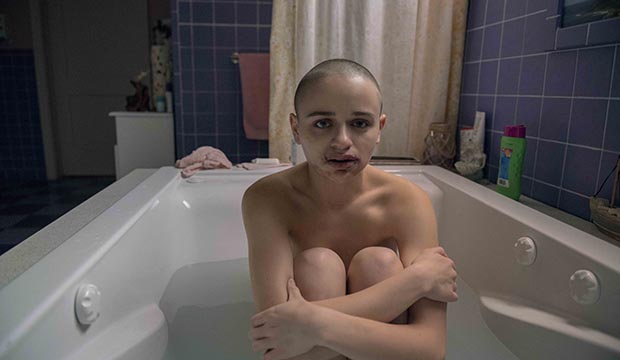 The kids are not all right at the Emmys. The TV academy overwhelmingly favors seasoned actors over young up-and-comers, but that could change this year, especially if voters take notice of Joey King‘s her tour-de-force turn in Hulu’s true-crime anthology series “The Act.”

Based on Michelle Dean‘s BuzzFeed article “Dee Dee Wanted Her Daughter to Be Sick, Gypsy Wanted Her Mom to Be Murdered“, the first season of “The Act” follows the true story of Dee Dee (Patricia Arquette) and Gypsy Rose Blanchard (King), a mother and daughter who move to a new neighborhood in Missouri. Picture-perfect to the outside world, toxic on the inside, their relationship is not quite as it seems: Gypsy is led to believe that she’s suffering from dire medical conditions, forcing her to rely on her mother’s around-the-clock care. When Dee Dee’s overprotectiveness starts turning into control and Gypsy’s quest for independence intensifies, the situation goes from bad to worse, eventually leading to Dee Dee’s murder.

It’s always difficult for actors to inhabit characters based on real-life people, but King pulls it off sublimely. Her dramatic range is mesmerizing; she has to go from being the sweet, innocent daughter to the distrustful, increasingly rebellious teenager who soon starts to uncover her mother’s countless lies. King’s raw, nuanced performance makes Gypsy’s desire to be a normal teenage girl tangible, and makes you truly worry about Gypsy’s well-being as long as she’s under her mother’s control. As a viewer, you feel like you’re being suffocated, much like Gypsy is.

One of King’s standout scenes thus far was in the second episode (“Teeth”) after Gypsy has her teeth extracted at her mother’s request, and she takes a look in the mirror to see her bruised face, shedding tears. King is able to convey Gypsy’s physical and emotional pain with merely her eyes and facial expressions; the bruises, and the fact that she doesn’t have teeth, set her apart from the normal teenager that she desires to be, much like all other limitations imposed on her due to her supposed medical condition.

It’s not surprising that critic Dan Fienberg (The Hollywood Reporter) refers to King’s turn as “a performance of daunting physicality and external detail that requires that you get past the carefully crafted helium voice and juvenile mannerisms.” Jen Chaney (Vulture) calls her a “revelation” and praises her for channeling “the bubbly, childlike innocence that persuades others to believe that Gypsy is younger than her actual age.“ Finally, Daniel D’Addario (Variety) commends her for “bringing soul and life to a young woman whose story seems beyond our comprehension.“

Much of King’s chances also depend on how well “The Act” performs overall. According to our combined Emmy odds, Arquette is currently predicted to make the supporting actress lineup; with the show being a two-hander in its first few installments, voters may view Arquette and King as a package and check both off.