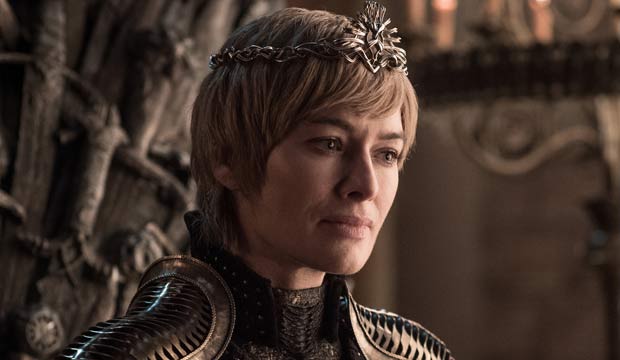 WARNING: The following story contains spoilers about the fifth episode of “Game of Thrones” Season 8, “The Bells.”

Lena Headey has reaped four Best Drama Supporting Actress nominations (2014-16, 2018) at the Emmy Awards for playing Cersei Lannister on HBO’s “Game of Thrones.” Should she receive bid number five this year, she would become the second most nominated “Thrones” actor at the Emmys, just behind Peter Dinklage, who is projected to nab his eighth bid this year. After eight seasons of sublime work and an incredible performance in “The Bells,” it’s time for Headey to finally ascend the Emmy throne.

SEEYou’re invited to our Q&A: Meet music composers of ‘Game of Thrones,’ ‘Free Solo,’ ‘The Other Two,’ ‘When They See Us’

In the episode, a rage-driven Daenerys (Emilia Clarke) carries out her attack on King’s Landing after her failed attempt to make a truce with Cersei. First the Iron Fleet, then the Golden Company, Daenerys takes out a great portion of Cersei’s soldiers within a matter of minutes. Cersei, initially still in denial, watches from the Red Keep as Daenerys looms over the city on her dragon, and soon comes to realize: it’s over. Despite the city’s bells then tolling – a signal to capitulate – Daenerys takes off and torches King’s Landing’s innocent civilians. As Cersei wanders through the keep, trying to find shelter, she reunites with Jaime (Nikolaj Coster-Waldau), who attempts to save her by leading her to the tunnels beneath the city. “Nothing else matters. Only us,” Jaime reassures her when they realize that all pathways are sealed up by debris. In the arms of her brother and lover, Cersei is ultimately killed by the crumbling walls of her own fortress.

Headey may have had sparce screen time, not to mention little dialogue, in this episode, but she managed to emote expertly every scene she was in. The transition from overconfidence to admission of defeat is beautifully conveyed by her facial expressions and eyes, which is especially mesmerizing as Cersei has never had to yield to this extent. Despite having committed many horrible actions, our hearts arguably can’t help but skip a beat when Cersei exposes her vulnerable side, begging Jaime to not let her and their child die. It is an immensely difficult task for an actor to elicit empathy in viewers for a character that has, among other things, blown up a church with hundreds of innocent people in it, which is a great feather in Headey’s cap.

SEE‘Game of Thrones’ video recap of ‘The Bells’: Daenerys made the ‘worst move’ ever! [WATCH]

If not for this particular episode or season, Headey may snatch the Emmy statuette for her accumulative work in the show’s eight-season run. She has created a multi-layered, love-to-hate villain, who could have easily been one-note or cartoonish, had it not been for Headey’s effort to breathe life into this character.

It’s not surprising that critic Mike Hogan (Vanity Fair) argues, “Lena Headey is such a great actress that we need to give her her due,” and praises her for ensuring that viewers care about “what she’s thinking.” Hillary Kelly (Vulture) says that despite little material this season, Headey “worked magic with what she was given, teaching a master class in staying completely still, saying nothing, and giving a marvelous performance.” And Alyssa Rosenberg (The Washington Post) stresses, “There’s no denying Headey and Coster-Waldau’s acting in their final scenes together.”

When the television academy members mark off their ballot, “Thrones” will be fresh in mind, which may benefit Headey. Plus, with this season being the final one, voters may want to give the show and many of its actors a farewell hug. This strategy may have tipped last year’s winners Claire Foy (Best Drama Actress for “The Crown”) and Matthew Rhys (Best Drama Actor for “The Americans”) over the edge. The same could happen to Headey this year, especially with her being overdue for eight-season-long work. The final season glow might also weigh out the fact that Dinklage is the only “Thrones” actor to have ever won an Emmy – three times (2011, 2015, and 2018) – despite the show producing noms for eight different cast members throughout the years.

The only hurdle for Headey may be a potential vote split, should her co-stars Sophie Turner and Maisie Williams also make the cut. The latter in particular is coming off a buzzy turn in the third episode of the eighth season, “The Long Night.” That being said, Headey is currently still the odds-on favorite in our combined Emmy odds, followed by Julia Garner (“Ozark”) in second place, Williams in third, Rhea Seehorn (“Better Call Saul”) in fourth, Turner in fifth, and Susan Kelechi Watson (“This Is Us”) in sixth.