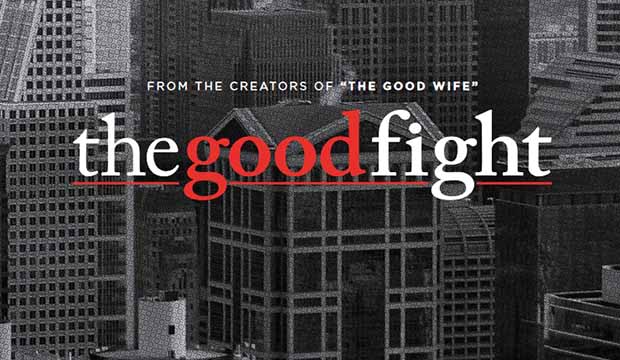 At the start of its first season, CBS All Access’s “The Good Fight” seemed like a smart, if not comfortable, extension of CBS’s original Emmy-winning series “The Good Wife.” Creators Robert King and Michelle King shrewdly elevated the criminally-unrewarded Christine Baranski to the lead role of a show designed to bring the duo’s sharp writing to a cast of new and familiar faces. Now three full seasons into its run, “The Good Fight” has shed any semblance of that initial comfortability, blazing a bold and exciting new path as a legal and political thriller.

While the brilliant second season of “The Good Fight” never pulled its political punches, the third season that just wrapped on May 15 smartly paired the show’s signature, nuanced storylines with experimental and audacious changes to its form. Firing on all cylinders, this season of “The Good Fight” proves beyond a reasonable doubt that it deserves to break out as an Emmy Awards contender.

Building on its momentum from last season, “The Good Fight” amped up its political investments in its third year. Not only did the season add Michael Sheen’s larger-than-life, Roy Cohn-esque character to the show’s decorous universe, but the episodes also tackle topical issues such as work-place sexual harassment, inter-office wage disparities based on gender and race, alt-right attempts at voter intimidation, the left’s resistance tactics, and, in one of the season’s most entertainingly exploratory episodes, Melania Trump’s (or perhaps an imposter’s) desire to divorce Donald. In all of these instances, the Kings wisely skewer both sides of political ideology, criticizing Trumpian politics and questioning the legal and moral limits of political resistance.

To match the heightened reality of present-day politics, “The Good Fight” has heightened its own aesthetic sensibilities, too, enlisting its esteemed cast of Baranski, Audra McDonald, Delroy Lindo, and others to deliver rousing soliloquies throughout the season. The already awards-worthy ensemble gets ample opportunity to shine in these moments: Baranski delivers a surrealist monologue to a gunshot wound that eerily resembles President Trump on her husband Kurt’s back (Gary Cole), Nyambi Nyambi’s character Jay breaks the fourth-wall to weigh the ethical quandary of how to respond to the rise of neo-Nazism in America as a brawl unfurls behind him, and McDonald’s Liz reflects on the long history of black voter suppression and considers endorsing an opportunity to illegally hack voting machines that could right centuries of wrongs.

In addition to these Shakespearean asides, the season took a standout aspect from last year—its Emmy-nominated, “Schoolhouse Rock!” inspired animated short about impeachment—and incorporated the form into almost every episode of the season. Used to explain legal concepts or political figures of yore like Roy Cohn, the interludes with music and lyrics by Emmy- and Tony-nominee Jonathan Coulton and animation by Head Gear brought levity, insight, and witty wordplay to the serious cases and machinations at the heart of the season. Their catchy collaborations explaining non-disclosure agreements and lampooning Trump’s infamous “spokesperson” John Barron stand out as particularly inspired, as does their clever, meta use of a short as a stand-in for a clip from “Downton Abbey” that they couldn’t secure the legal rights to include in the episode by airtime.

Even when one of those shorts proved too controversial for CBS brass to air, the Kings made hay of the censorship, preempting the intended short with a placeholder acknowledging, “CBS has censored this content.” In a season as daring and satirical as “The Good Fight”’s third, viewers couldn’t initially tell that it wasn’t just another of the Kings’ magnificently smart and topical jokes.