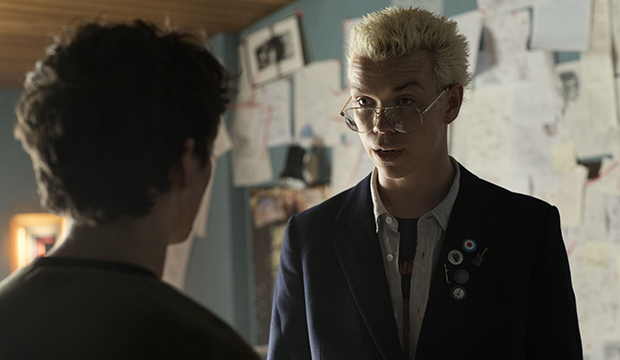 “Black Mirror” was already the first franchise to win it more than once, following its victories for “San Junipero” and “USS Callister” the past two years. There was a new rule this year imposing stricter guidelines for qualification: TV movies must be at least 75 minutes long to qualify in the category, which means the 60-minute “San Junipero” would have been ineligible, but the 75-minute “USS Callister” would have made it. “Bandersnatch,” a choose-your-own-adventure episode with five endings, has an average runtime of 90 minutes.

“Bandersnatch’s” win denied a farewell hug for “Deadwood,” which aired its TV movie conclusion in May nearly 13 years after the groundbreaking Western was abruptly canceled amid a financial dispute. The series was only nominated for Best Drama Series once, in 2005.

“Bandersnatch” was second in our odds behind “Deadwood.” Unlike the past two years, when “San Junipero” and “USS Callister” won Best Limited Series/TV Movie Writing, “Bandersnatch” didn’t even get a writing nomination — in fact, none of the TV movie nominees reaped acting, writing or directing bids this year for the first time ever.

“Bandersnatch” also beat “Brexit,” “My Dinner with Herve” and “King Lear,” none of which had any other nominations.