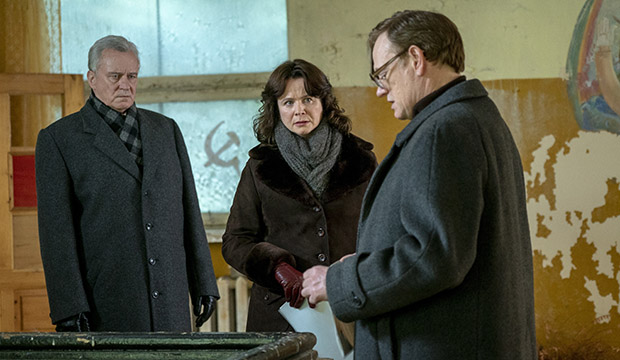 “Chernobyl” won Best Limited Series at Sunday’s Primetime Emmy Awards to bring its Emmys total to 10 for the year. It edged out “When They See Us,” which was the favorite in our odds; “Chernobyl” was in in second.

A dramatization of the horrific nuclear accident in 1986, “Chernobyl” led the limited series/TV movie field with 19 nominations, winning seven of them at the Creative Arts Awards last week. It also won writing and directing Sunday night for Craig Mazin and Johan Renck, respectively. The victory brings HBO’s total in the category to 10, tying it with record holders ABC and NBC.

“Chernobyl” denied Netflix its first series win at the Emmys. Thought it netted the first series nomination for a streaming series — for “House of Cards” in 2013 — Netflix had to watch rivals Hulu and Amazon beat it to the stage with series victories for “The Hamdmaid’s Tale” (2017) and “The Marvelous Mrs. Maisel” (2018), respectively. A 16-time nominee, “When They See Us” won casting at the Creative Arts ceremony and scored lead actor for Jharrel Jerome on Sunday night. The bulk of its support was in the acting branch, as half of its nominations were for its performers.

“Escape at Dannemora” was third in our odds, followed by “Fosse/Verdon” and “Sharp Objects.”

How good is the SAG Awards at predicting the four acting winners at the Oscars?