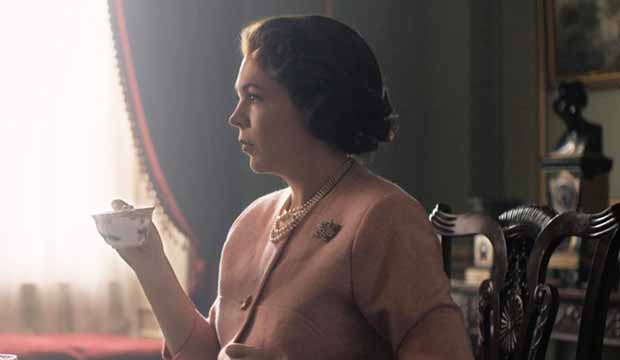 Netflix confirmed exclusively to Gold Derby on Thursday evening that top Emmy contender “The Crown” will not be competing for the 2019 ceremony. Its long production cycle prevents producers from having Season 3 episodes ready by the May 31 entry deadline. In fact, it was never the intention for this season to be completed in time for the 2019 Emmys, but we have featured the show in our predictions center until we could receive official confirmation. No date has yet been announced for new episodes to debut.

For the next cycle of episodes, the royal drama series advances a few years and therefore has a new cast. Recent Oscar winner Olivia Colman (“The Favourite”) takes over for reigning Emmy champ Claire Foy in the role of Queen Elizabeth II. Former “Outlander” star Tobias Menzies is now in the role of Prince Philip, which brought Matt Smith an Emmy nomination last year. And Oscar nominee Helena Bonham Carter (“The King’s Speech”) now plays Princess Margaret, which earned Vanessa Kirby an Emmy bid in 2018.

The program has been an Emmy favorite for its first two seasons. In addition to the win and noms mentioned above, it has competed as Best Drama Series both times. For the 2017 ceremony, it took trophies for Best Supporting Actor (John Lithgow), costumes and production design. In 2018, it triumphed for Foy, directing (Stephen Daldry), casting, cinematography and costumes.

SEEWill Emilia Clarke and Kit Harington break into the lead Emmy races for the final season of ‘Game of Thrones’?

As you make your updates in our predictions center, which shows will you be picking for the seven Best Drama Series slots? The reigning champ is “Game of Thrones,” which debuts its final season this spring. Netflix has strong contenders in SAG Awards winner “Ozark” and Golden Globe winner “Bodyguard.” Other possibilities include “Better Call Saul,” “The Good Fight,” “Homecoming,” “Killing Eve,” “Pose,” “Succession,” “This Is Us” and “Yellowstone,” among many others.