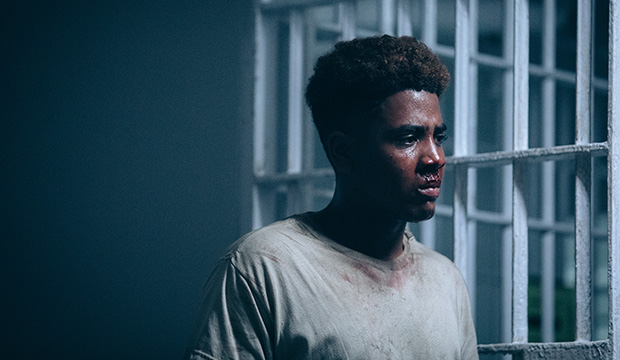 Age is just a number indeed. With his victory for Best Limited Series/TV Movie Actor for “When They See Us” at Sunday’s Primetime Emmy Awards, Jharrel Jerome is now the first person in his 20s to win the category and is the category’s second youngest winner ever.

The 21-year-old is only eclipsed by Anthony Murphy, who was just 17 when he prevailed for “Tom Brown’s Schooldays” in 1973, which was also his first and only acting role. Younger performers historically haven’t fared well in this category, which was first awarded in 1955; veterans and middle-aged men have been the primary recipients. Only 12 men in their 30s have won — including the past two years for Riz Ahmed (“The Night Of”) and Darren Criss (“The Assassination of Gianni Versace: American Crime Story”) — and twentysomethings are rarely even nominated.

Jerome — who was the only actor to play one of the Exonerated Five, Korey Wise, as a teen and as an adult on “When They See Us” — was the first twentysomething nominee since Jonathan Rhys Meyers, who was 12 days shy of his 28th birthday when he received a bid for “Elvis” in 2005. In 2002, then-24-year-old James Franco was shortlisted for “James Dean” and until now was the most recent under-25 nominee.

One of “When They See Us'” eight acting nominations, Jerome was predicted to prevail in our odds. He had a showcase with the fourth episode, which followed Wise’s 12 years behind bars before the real perpetrator, convicted rapist and murderer Matias Reyes, confessed to the Central Park attack in 2001.