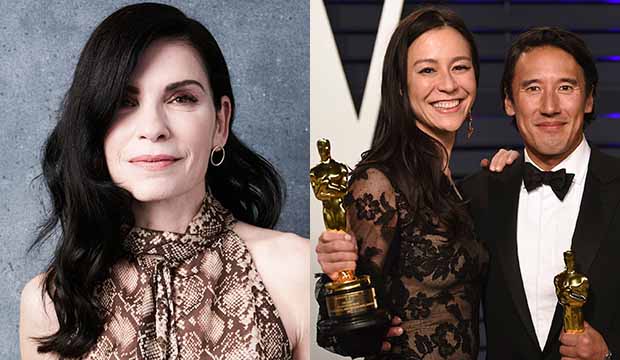 In a Gold Derby exclusive, we have learned the category placements of the key Emmy Awards contenders for NatGeo. For this season, the cable network has such scripted programs as “The Hot Zone” (Julianna Margulies) and “Valley of the Boom” (Bradley Whitford) plus nonfiction projects as Oscar winner “Free Solo,” “Life Below Zero” and “Hostile Planet” as part of their 2019 campaign.

Below, the list of National Geographic lead and supporting submissions for their limited series plus other documentaries and shows. More names might be added by the network on the final Emmy ballot. Also note that performers not included on this list may well be submitted by their personal reps.

“THE STORY OF GOD WITH MORGAN FREEMAN”
Informational Series or Special