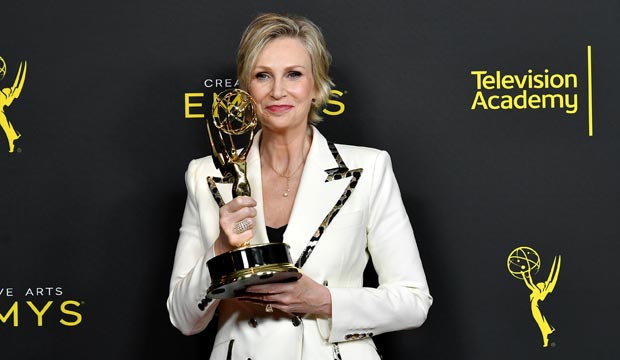 The third wave of presenters is now unveiled for Sunday’s 2019 Emmy Awards ceremony. Although not officially announced yet, Gold Derby visited the Microsoft Theater on Thursday morning and viewed the seat cards scattered throughout the room. We can confirm that the four guest acting winners from this past weekend — Cherry Jones, Jane Lynch, Luke Kirby and Bradley Whitford — will be presenting on this Sunday’s show.

The full set of show presenters announced so far: