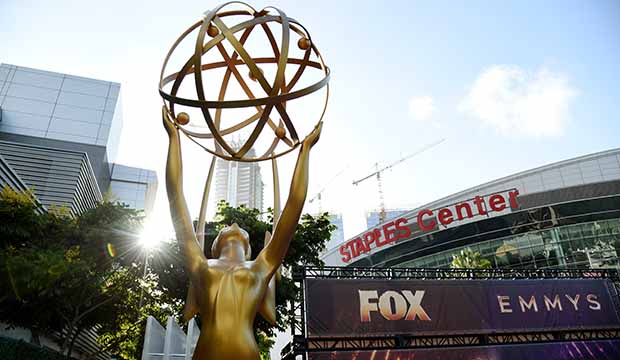 Gold Derby was on the red carpet and backstage in the press room for Sunday’s Emmy Awards 2019 ceremony to chat with many of this year’s nominees. Among the 12 Emmy contenders we interviewed on the red carpet (actually purple carpet) in downtown Los Angeles were Patricia Arquette (“The Act” and “Escape at Dannemora”), Alfie Allen (“Game of Thrones”) and Phoebe Waller-Bridge (“Fleabag”).

For this 71st annual event, presenters are revealing the winners in seven drama categories, seven comedy categories, eight movie/limited categories, four variety categories and one reality category. The live Primetime ceremony is airing on Fox with no host this year.

For last weekend’s Creative Arts Emmys, we also chatted with several contenders and presenters at the Saturday event and Sunday event.

Click each link below to be taken to the full interview from Sunday, September 22:

Patricia Arquette, “Escape at Dannemora” and “The Act”