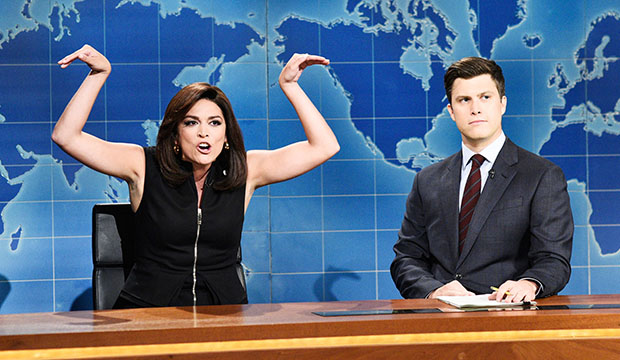 After defending an Emmy win for the first time last year, “Saturday Night Live” has done it again with a third straight victory for Best Variety Sketch Series at Sunday’s Primetime Emmy Awards.

“SNL,” which was the odds-on favorite, beat “Documentary Now,” “Who Is America?”, “At Home with Amy Sedaris,”  “Drunk History” and “I Love You, America with Sarah Silverman” for the prize.

Though it’s been on the air since 1975, “SNL” has not been very fruitful when it comes to series wins; this is, in fact, only its fifth. It won two in 1976 and 1993 under the old Best Variety Series category, which was later dominated by talk shows in the ’90s and 2000s, namely “Late Show with David Letterman” and “The Daily Show with Jon Stewart.”

“SNL” also won Best Variety Series Directing for the third straight year — and ninth overall — for Don Roy King. The two wins bring “SNL’s” overall Emmy total to 78, an all-time record. Last week, it won lighting design, production design and make-up at the Creative Arts Awards. However, it was just the third time since 2009, when it was first eligible, that “SNL” did not win at least one comedy guest acting award.