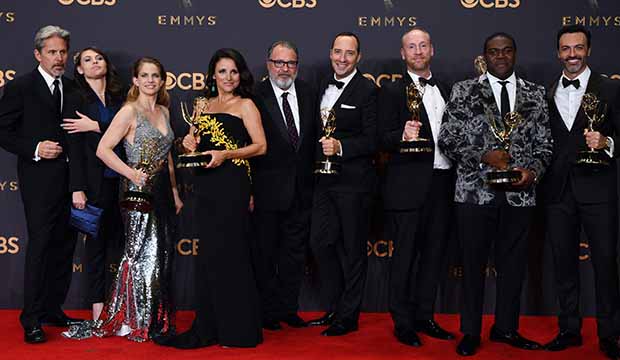 The Television Academy is now revealing a second set of presenters for the Emmy Awards ceremony slated for September 22. On stage for Sunday’s event, watch for the casts of “Veep” and “Keeping Up with the Kardashians” plus Emmy winners RuPaul Charles, Bill Hader, Gwyneth Paltrow, Amy Poehler and Ben Stiller. Others added are Anthony Anderson,Ike Barinholtz, Cedric the Entertainer, Maya Rudolph, Lilly Singh and Phoebe Waller-Bridge.