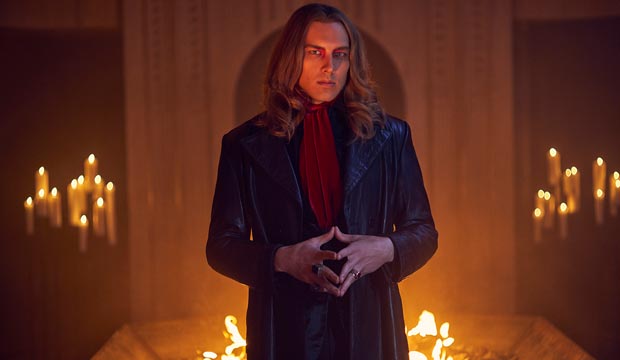 Time to adjust your Emmy predictions. “American Horror Story: Apocalypse,” “The Sinner” and “American Vandal” will compete as regular series as opposed to their former classification of limited series, the TV academy announced Tuesday.

“AHS: Apocalypse” and “The Sinner” will now be in drama, while “American Vandal” will be shifted to comedy.

The re-categorizations were made because the most recent seasons of all three shows have “continuing story threads, characters and actors reprising those same character roles from previous seasons.”

The TV academy emphasized that the changes were just for the 2019 ceremony only.

“American Horror Story” had competed as a limited series every season so far, with its standalone, close-ended seasons. “Apocalypse,” which was the eighth season in Ryan Murphy’s anthology series, was a crossover between the “Murder House” and “Coven” installments. Numerous stars reprised their former roles, including Sarah Paulson, Evan Peters, Kathy Bates, and Jessica Lange, who returned as Constance Langdon in two episodes and will now be eligible as a guest star.

Season 2 of “The Sinner,” which is already in our predictions center as a drama and is in 20th place in the series race, brought back Bill Pullman as Detective Harry Ambrose tackling a new case. The second season of “American Vandal” similarly featured two Season 1 stars as their previous characters, Tyler Alvarez as Peter Maldonado and Griffin Gluck as Sam Ecklund.

All three shows nabbed Emmy nominations in limited series categories last year, but they’ll have tougher roads this time, especially in the series races, going against juggernauts like “Game of Thrones,” “The Marvelous Mrs. Maisel” and “Veep.”