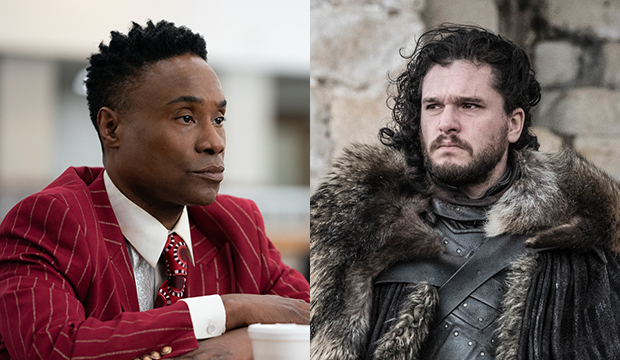 Three’s a trend and eight’s a pattern. Since 2011, the winners of the Best Drama Actor Emmy have hailed from a first-year show or a final-year show. If you believe that will continue this year, then only two nominees fit that bill: Billy Porter (“Pose”) and Kit Harington (“Game of Thrones”).

Porter is competing for the inaugural season of “Pose,” while Harington, of course, is up for the eighth and final season of “Game of Thrones,” which shattered the all-time single-year drama record with 32 nominations on Tuesday. Their rivals are all in the middle of their shows’ respective runs: Jason Bateman is contending with Season 2 of “Ozark”; Bob Odenkirk, Season 4 of “Better Call Saul”; and Sterling K. Brown and Milo Ventimiglia are back for Season 3 of “This Is Us.”

That’s an even split between winners for freshman series and winners for farewell installments, so no telling if Porter or Harington would have the edge there. Needless to say, Harington would benefit from being on the biggest show in the world — those 32 nominations tell you all you need to know about how people voted for this divisive season — though he’s by no means an Emmy darling. He didn’t get his first bid until 2016, in supporting, and just when everyone thought he would win after Jon Snow came back from the dead, the Ghost of Ben Mendelsohn on “Bloodline” pulled off a shocking upset. Last year, he was snubbed when he entered in lead for the first time.

SEE ‘Game of Thrones’ makes history with 32 nominations, more than any drama ever

A Tony winner, Porter is on his maiden Emmy nomination and made history as the first openly gay man to be nominated in Best Drama Actor. Season 2 of “Pose” is currently airing and wraps up during final Emmy voting, which starts Aug. 15. He’d have to emulate Lewis, Daniels and Malek: win on his first nomination.

We could’ve had a third entrant in this first vs. last showdown, as Golden Globe champ Richard Madden was widely predicted to make the cut for “Bodyguard” (he was in third in our odds), but the erstwhile Robb Stark was left out in the cold, so Jon Snow wins again.