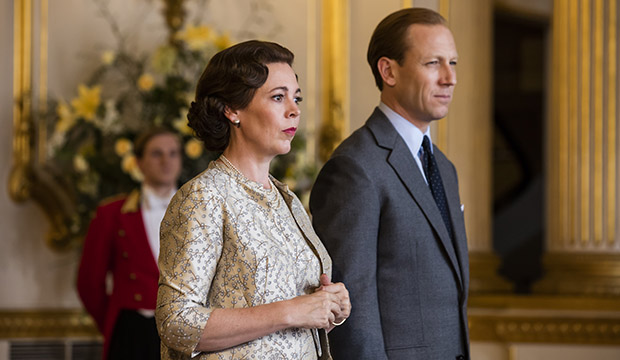 The Emmy drama field has emptied of contenders we know and love. Five of last year’s Best Drama Series nominees are AWOL, and only one, “The Americans,” is gone because it had ended. And then there are big players like “Big Little Lies,” now competing in drama, also taking a knee this go-around. But it’s not Reese and Nicole and Meryl’s absence you’re most peeved about. Nope, 42 percent of our readers are most upset that “The Crown” is out.

As we exclusively confirmed two weeks ago, “The Crown” will indeed miss this cycle after much speculation. Its eligibility was always up in the air since it was still completing reshoots in early March, but Olivia Colman’s Best Actress Oscar win last month gave many hope that Netflix will see to it that Season 3 makes the May 31 deadline. It does feel like a miss opportunity, even if logistically it’s not possible for the show to be ready. While it would be tough for “The Crown” to win Best Drama Series over “Game of Thrones,” a Best Drama Actress victory for Colman was definitely not out of the equation, especially since her predecessor Claire Foy is the reigning champ, and that field itself is also experiencing massive turnover. The show had also pulled off a directing upset last year for Stephen Daldry, so it has a strong Emmy footprint.

SEE Emmys exclusive: ‘The Crown’ will not compete for Netflix at 2019 ceremony

In second place with 22 percent of the vote is “The Handmaid’s Tale.” Season 3 of the dystopian drama is slated to drop June 5. Craig Erwich, Hulu’s SVP of originals, insisted at the Television Critics Association winter press tour last month that the delay had nothing to do with avoiding “Game of Thrones,” but because they want to give the show enough time to “maintain the incredibly high standards of storytelling that it set.” After claiming eight statuettes, including Best Drama Series, in 2017, “Handmaid’s” went home empty-handed from the main ceremony last year, and is also coming of a severely polarizing season finale, so maybe the longer hiatus is a good thing.

Just behind with 20 percent is “Big Little Lies,” which has to switch to drama from limited thanks to its second season. Season 2 adds Meryl Streep as Nicole Kidman‘s mother-in-law, so we were all ready to engrave that supporting actress Emmy with Streep’s name. The delay here feels like it’s more to do with HBO’s long-term planning than anything else, since the show wrapped production last summer, though it did do reshoots earlier this month. With “Game of Thrones” done this year, HBO will have “Big Little Lies” in its back pocket for next year’s Emmys.

SEE ‘Big Little Lies’ Season 2 will premiere in June, so, yes, it will miss this year’s Emmys

“Stranger Things” came in fourth place with 11 percent. Season 3, with a new monster and puberty to deal with, drops July 4, nearly two years since Season 2 came out. While the throwback series is massively popular, it has yet to snag a major Emmy.

In fifth place with 5 percent is “Westworld,” which starts production on Season 3 this month, so it won’t premiere until next year. It nabbed a big win for Thandie Newton last year and with “Game of Thrones” gone next year, it will likely lead nominations again.