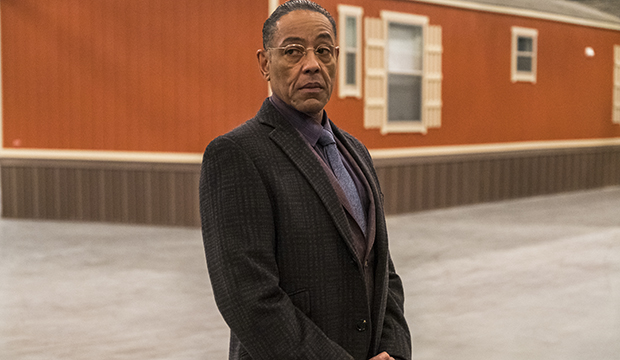 Best Drama Supporting Actor is the only acting category at the Emmys that has never had a black winner, and unfortunately, if you go by our odds, it looks like that drought will continue this year.

After Esposito, Delroy Lindo (“The Good Fight”) and Ryan Jamaal Swain (“Pose”) are the next highest in 12th and 19th place, respectively.

The category has only seen 11 black performers nominated, including Esposito for “Breaking Bad” in 2012. The most recent black nominees were Ron Cephas Jones (“This Is Us”) and Jeffrey Wright (“Westworld”), who lost to John Lithgow (“The Crown”) in 2017. Jones won in the guest race last year, while Wright upgraded to lead, leaving Best Drama Supporting Actor without a competitive black contender. In fact, Best Drama Supporting Actor was the only acting category without a person of color nominee last year — a year when all four guest categories went to black performers for the first time.

Esposito failed to make the Emmy cut in 2017, when he first reprised the role of Gus Fring on the third season of “Better Call Saul.” But he could benefit from the dearth of drama contenders this year and the four open slots in category; Joseph Fiennes (“The Handmaid’s Tale”), David Harbour (“Stranger Things”) and Mandy Patinkin (“Homeland”) are ineligible, and Matt Smith is done on “The Crown,” which won’t premiere in time with Tobias Menzies succeeding Smith as Prince Philip.

Best Drama Supporting Actor became the last category not to have a black winner after Viola Davis‘ 2015 Best Drama Actress victory for “How to Get Away with Murder.”