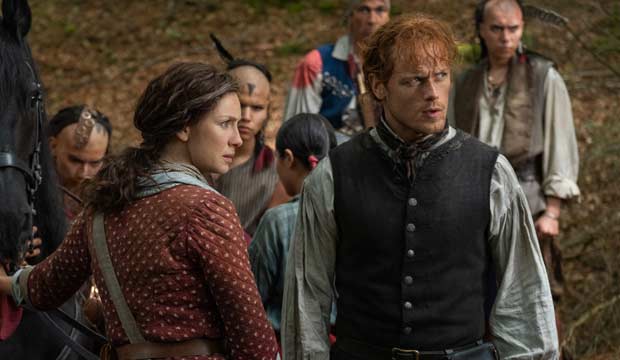 On Tuesday, July 16 the TV academy doled out its nominations for the 71st Emmy Awards and “Outlander” was nowhere to be found. Throughout its first three seasons, Starz‘s romance epic received four Emmy bids but no wins: Best Music Composition (2015), Best Production Design (2016) and Best Period Costumes (2016 and 2018). “Outlander” was cruelly snubbed in every category for Season 4, which aired from November 2018 until January 2019, including Best Drama Series, Best Drama Actor for Sam Heughan and Best Drama Actress for Caitriona Balfe.

Based on the fourth book “Drums of Autumn” in Diana Gabaldon‘s international franchise, this 13-episode season furthered the story of Jamie Fraser and Claire Randall Fraser. As they washed up on the shores of colonial North Carolina following last year’s near-drowning, their daughter Brianna continued searching for them across time.

Other than Heughan and Balfe, other eligible performers that were skunked in the 2019 Emmy nominations were supporting actor Richard Rankin (as Roger Wakefield), supporting actress Sophie Skelton (as Brianna Randall Fraser) and guest star Maria Doyle Kennedy (as Jocasta Cameron). Starz also submitted director Denise Di Novi (“Blood of My Blood”) and writers Matthew B. Roberts and Toni Graphia (“The Birds and the Bees”) on the Emmy ballot, to no avail.

Gold Derby readers like you named Heughan as TV’s Best Drama Actor for “Outlander” back in 2015. In his acceptance speech video Heughan confessed, “I just want to say a big ‘Thank you’ to Gold Derby. I’m accepting my award that you have all voted for. So I really appreciate that and I shall treasure this forever. Thank you, Gold Derby!”

The eight nominees for Best Drama Series at the 2019 Emmys are “Better Call Saul,” “Bodyguard,” “Game of Thrones,” “Killing Eve,” “Ozark,” “Pose,” “Succession” and “This Is Us.” The Starz network received zero Emmy nominations this year.