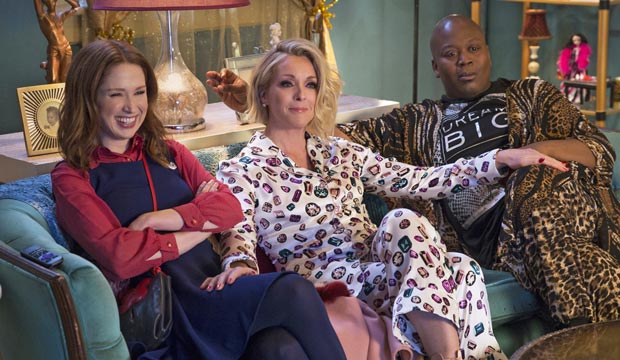 Netflix’s laugh-a-minute comedy series “Unbreakable Kimmy Schmidt” sailed off into the sunset in 2019 after five years and 51 episodes on the streaming service. Tina Fey and Robert Carlock‘s laffer about a former mole woman who tries to re-enter society has been nominated for 18 nominations over the years, including four in a row for Best Comedy Series (2015-18) and two for Kimmy Schmidt herself Ellie Kemper as Best Comedy Actress (2016-17). However, the show has never taken home a single Emmy Award. Might these final episodes break the “Kimmy” curse?

After producing 13 episodes for each of its first four seasons, Netflix had to split Season 5 of “Unbreakable Kimmy Schmidt” into two parts because of Fey’s side job writing the “Mean Girls” Broadway musical. The first six episodes of this final season dropped May 30, 2018, while the final six streamed January 25, 2019. This savvy decision allowed the show to sneak into two different Emmy cycles, a strategy that’s helped such series as “Breaking Bad,” “Mad Men” and “The Sopranos” get a double-dose of awards attention in recent years.

SEEWill ‘Veep’ be first comedy since ‘Everybody Loves Raymond’ 14 years ago to win for its final season?

Among the show’s endless roster of famous guest stars, only two received Emmy love over the years: Jon Hamm as Reverend Richard Wayne Gary Wayne (2015) and Fey as Marcia Clark (2015). As for the various below-the-line Emmy categories, “Kimmy Schmidt” was nominated for Best Comedy Casting (2015-16), Best Comedy Stunts (2015 and 2017), and Best Original Music and Lyrics (2017) for “Hell No.”

In the final six episodes of “Unbreakable Kimmy Schmidt,” Kimmy decides to deal with her personal trauma by writing a children’s novel titled “The Legends of Greemulax” in the spirit of J. K. Rowling and Roald Dahl. Meanwhile, Tituss finally comes within striking distance of fulfilling his dream of starring on Broadway, Jacqueline excels at both her career and her personal life, and Lillian contemplates her future in New York City. Will Emmy voters finally throw “Kimmy Schmidt” a bone by rewarding it with a trophy?