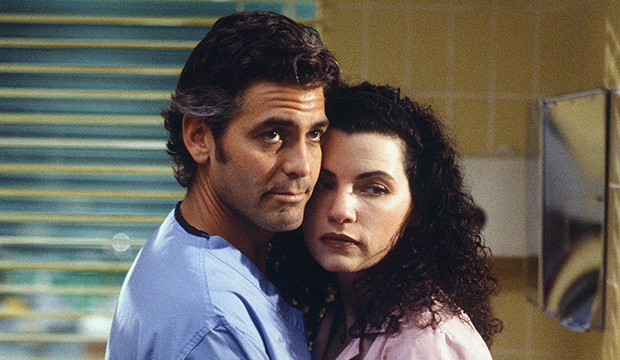 It’s been 10 years since “ER” went off the air — April 2 was the 10th anniversary of its series finale — but we might get a mini reunion at the Emmys from one of the show’s and TV’s all-time couples: Doug Ross and Carol Hathaway. You might know them better as George Clooney and Julianna Margulies.

Both have limited series in contention this year. Clooney directed, produced and stars in Hulu’s adaptation of “Catch-22,” which drops Friday, May 17. Originally set to play Col. Cathcart, Clooney demoted himself to the smaller role of Scheisskopf to accommodate his directing duties (Kyle Chandler replaced him as Cathcart). This is Clooney’s first series regular role since he left “ER” in 1999. Clooney will be competing in the supporting actor race, where he’s second in our early odds, and he could also net directing and producing nominations. A two-time Best Drama Actor nominee for “ER” in 1995 and ’96, Clooney has never won a competitive Emmy; he also has a third bid for producing “Hope for Haiti Now” in 2010.

SEE Watch the trailer for George Clooney’s ‘Catch-22,’ which will premiere on Hulu just in time for the Emmys

Margulies headlines Nat Geo’s “The Hot Zone,” based on Richard Preston‘s novel of the same name about an Ebola virus outbreak in Washington, D.C., which premieres Monday, May 27. She’s currently in ninth place in our lead actress odds, but Margulies is an Emmy favorite. A 10-time nominee, she has three wins: Best Drama Supporting Actress for “ER” in 1995 and Best Drama Actress for “The Good Wife” in 2011 and ’14. She’s notoriously and mind-bogglingly the only “ER” series regular to win an Emmy, which she accomplished the first season — this after the famous story of how Carol was supposed to die from a suicide attempt in the pilot until she tested well with audiences and Clooney advised Margulies not to take another job because Carol was probably going to survive. And thus, Doug+Carol were born.

Of course, the Emmys wouldn’t be the first time Clooney and Margulies have reunited. Clooney made a cameo in Margulies’ final “ER” episode in 2000 to give Doug and Carol their happily ever after — a top-secret appearance the show filmed on the down-low that not even NBC executives knew about.

They both returned for an episode in the final season of “ER.” And much to “ER” fans’ delight, they’ve remained close friends IRL. He gave her a kiss when she won her Golden Globe for “The Good Wife” in 2010.

She presented him with the Bob Hope Humanitarian Award at the 2010 Emmys and the Cecil B. DeMille Award at the 2015 Golden Globes. Last year, she paid tribute to him at his AFI Life Achievement Awards ceremony, saying, “I owe my career to George.”

Fingers crossed for more of this at the Emmys.