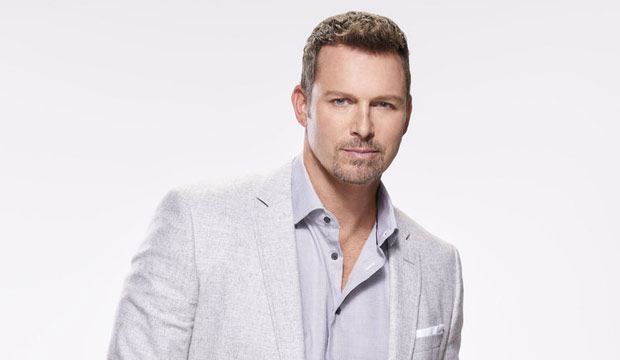 Eric Martsolf is nominated for Best Supporting Actor at the Daytime Emmys for his role as Brady Black on “Days of Our Lives.” He has played that role since 2008, but this is only his second nomination. The good news, though, is that his last nomination in 2014 resulted in a win, so he’s technically undefeated. Will he claim a second prize for his performance?

The nominees and winners for these awards were decided in a single round of voting by blue ribbon panels that viewed sample performance reels from each actor. Those reels weren’t made public as they have been in years past, but they were made available to the press. So you can find out all about Martsolf’s submission below.

Synopsis: The reel opens with a scene in which Brady is at the bedside of his stepmother Marlena (Deidre Hall), who is on life support in the hospital. He regrets that as a teenager he never accepted Marlena as his mother. The next scene switches gears to a farewell between Brady and his son Tate, who is being taken away by his mother Theresa (Jen Lilley). After Theresa and Tate exit, Brady breaks down and cries in the arms of Eve (Best Supporting Actress nominee Kassie DePaiva).

The rest of the reel is a confrontation between Eve and Brady. Eve has learned that their relationship was a lie and that Brady was only with her as a ploy to steal her company, but Brady insists that he really did fall in love with her and wanted to be her partner in business and in life. Eve doesn’t buy it, though. She calls him a “piece of garbage” and storms off.

Pros: The reel is packed with emotional moments for Martsolf, who is the focal point throughout the first half. Almost all of the dialogue is his in the first two scenes as he first delivers his monologue at Marlena’s bedside and then says a touching farewell to his son. The moment he cries after his son leaves is the most powerful moment on the reel.

Cons: This is one of the shortest reels in the category at under eight minutes, so Martsolf may be disadvantaged against other actors who submitted longer scenes. And while Martsolf dominates the first half, the end is more of a showcase for his co-star DePaiva, who submitted that confrontation on her own reel for Best Supporting Actress. DePaiva gets the last word when she calls him garbage, so that may pull voters’ attention away from Martsolf’s performance.