“It was this amazing, insane story … Immediately we started spitballing, and before they were caught or captured we already had an outline for the entire limited series,” reveals Brett Johnson about how he and co-creator Michael Tolkin conceived of “Escape at Dannemora” while the real events were still unfolding. The seven-part Showtime drama recounts the 2015 prison escape by Richard Matt and David Sweat with the help of prison worker Joyce Mitchell. Watch our exclusive video interview with Johnson and Tolkin above.

“The great thing about limited series television is that it’s so novelistic. You can go deep into something, and you can end,” says Tolkin. That’s part of what drew him to this story and this format. He has a background as a novelist in addition to his Oscar-nominated (“The Player”) and Emmy-nominated (“The Burning Season”) screenwriting. “It’s very exciting telling a story with such rich characters who give you such an opportunity to go deeply into their lives … We wove interview transcripts with our dialogue back and forth. We married ourselves to the story, and as artists that’s the joy of being able to tell a story like this.”

But they also wanted to avoid glorifying the fugitive criminals, who are played in the series by Benicio Del Toro and Paul Dano, while Patricia Arquette portrays Joyce in a performance that has already won her Golden Globe and SAG Awards. “Too often when we watch a car chase or we see a prison break, there’s a tendency — and we were guilty of it ourselves — where you’re cheering for the guys,” Johnson admits. “You have a gut instinct to root for the underdog,” but he and Tolkin “were certain that we did not want to turn these guys into folk heroes,” which is why they made a point of dramatizing their brutal crimes as well as their daring escape.

The series also gave the writers an opportunity to take the prison genre and bring it back down to Earth. “We really wanted to show how these people had often all of the same struggles we do,” Johnson explains. “They get hired. They get fired. They get a raise. They lose their girlfriend. They get back together. They’ve got a fight with their buddy. And I think the prison break itself was simply a way to look at these people.” 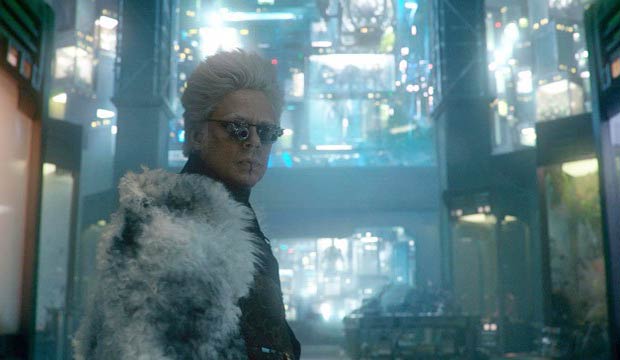