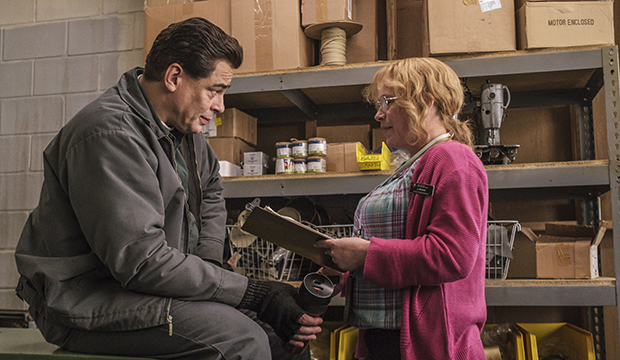 “Escape at Dannemora” is the current frontrunner to take home the Best Limited Series Emmy, which would not only be a huge coup for Ben Stiller & Co., but would be a landmark win for Showtime as the network has never won the category before.

Showtime only has a mere six nominations in the category, which through various times over the years has been merged with and split from the Best TV Movie category. For comparison, NBC and PBS have a record 10 wins each. Last year, Showtime’s bid for “Patrick Melrose” marked the network’s first nomination in the category since “Sleeper Cell” 12 years prior. Its other nominations were for “Paris Trout” (1991, a TV movie when the two categories were combined), “Hiroshima” (1996), “Armistead Maupin’s More Tales of the City” (1998) and “Armistead Maupin’s Further Tales of the City” (2001).

Showtime has never fielded a favorite until now with “Dannemora,” a winter hit that almost felt like it came out of nowhere when it debuted and aired at a normally dead TV time of the year, the holiday season (the finale was on Dec. 30). Directed by Stiller and based on the 2015 Clinton Correctional Facility escape and manhunt, the series was a suspenseful, taut slow burn packed with powerhouse performances from Patricia Arquette, Benicio del Toro and Paul Dano. Arquette went on to sweep the Golden Globe, Critics’ Choice and Screen Actors Guild Awards that many thought were going to Amy Adams (“Sharp Objects”) (they tied at Critics’ Choice).

“Dannemora” received series bids at the Globes, Critics’ Choice and Producers Guild of America Awards as well, but fell to “The Assassination of Gianni Versace: American Crime Story.” Luckily for “Dannemora,” it doesn’t have to face “Versace” at the Emmys since it already competed and won last year. Stiller also nabbed the limited series/TV movie prize at the Directors Guild of America Awards over two of his potential Emmy rivals, Cary Joji Fukanaga (“Maniac”) and Jean-Marc Vallee (“Sharp Objects”), setting him up nicely for the Emmys.