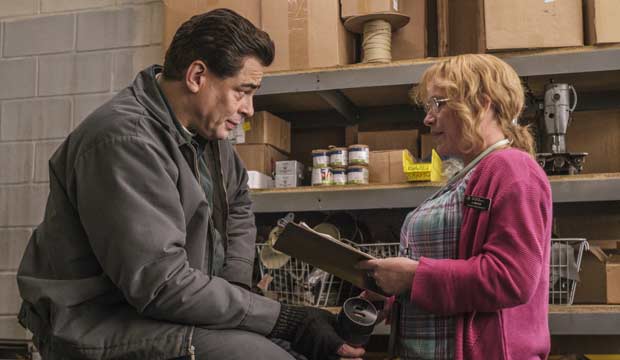 Patricia Arquette (“Escape at Dannemora”) will win the Emmy for Best Movie/Mini Actress according to almost half of the Expert journalists we’ve polled from top media outlets. She won Golden Globe, Critics’ Choice and SAG Awards for her performance as a real-life prison employee who aids an escape. But are we underestimating Benicio Del Toro for Best Movie/Mini Actor as escapee Richard Matt? One Expert thinks so.

Based on the combined predictions of thousands of Gold Derby readers, Del Toro ranks fourth in the race with 6/1 odds. He currently trails front-runner Mahershala Ali (“True Detective”) as well as Sam Rockwell (“Fosse/Verdon”) and Hugh Grant (“A Very English Scandal”). But as of this writing Anne Thompson (IndieWire) says Del Toro will prevail. Do you think she’s onto something?

Emmy voters often love Oscar winning movie stars like recent champs in this category Al Pacino (“You Don’t Know Jack,” 2010), Kevin Costner (“Hatfields and McCoys,” 2012) and Michael Douglas (“Behind the Candelabra,” 2013). That certainly helps Del Toro as much as it helps Ali and Rockwell; the academy awarded him Best Supporting Actor for “Traffic” (2000). And unlike his rivals, Del Toro stars in our current Emmy front-runner for Best Limited Series.

In addition, it’s not uncommon for long-form programs to sweep both lead-acting prizes. Since 2000, that has been accomplished by four limited series: “Angels in America” (Pacino and Meryl Streep), “John Adams” (Paul Giamatti and Laura Linney), “Olive Kitteridge” (Richard Jenkins and Frances McDormand) and “The People v. O.J. Simpson” (Courtney B. Vance and Sarah Paulson).

That said, Del Toro was snubbed by the Golden Globes and SAG Awards even though those awards honored his co-star Arquette. And his quietly devious role isn’t quite as emotionally showy and physically transformative as Arquette’s. So it remains to be seen whether the television academy will embrace him as enthusiastically as we think they’ll embrace her.

The good news for him, though, is that he won’t have internal competition from his co-star Paul Dano, who is being entered as a supporting actor instead of as a lead, where he was placed for consideration at the Golden Globe and Critics’ Choice Awards, potentially dividing their support. Perhaps splitting up with Dano will turn out better for Del Toro than it did for Richard Matt, who was killed by a border patrol agent three weeks after his escape.