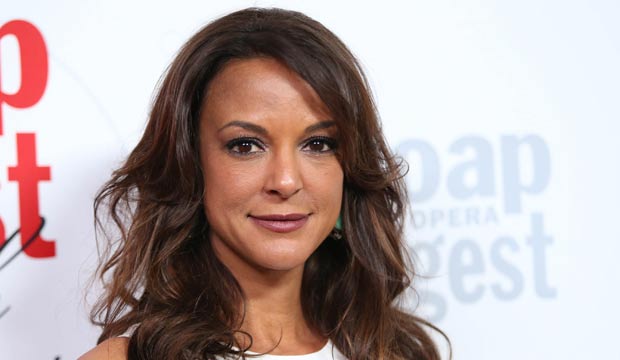 In yet another “The Young and the Restless” casting coup, daytime veteran Eva LaRue is making her soap opera comeback. Entertainment Weekly reported that she’s joining the cast of the CBS soap as Celeste Rosales, the mother of Rey (Jordi Vilasuso) and Lola Rosales (Sasha Calle). She starts filming soon, and you can expect to see her on-screen starting on June 26.

LaRue is best known to soap opera fans as Dr. Maria Santos on “All My Children.” She first joined the cast of the ABC soap opera in 1993 and stayed there until 1997, which was the same year she earned her first and only Daytime Emmy nomination for Best Supporting Actress.

Then she returned to “AMC” for a three-year stint from 2002-2005, during which time she earned another Emmy nomination, but as a songwriter not an actress: Best Original Song in 2004 for “Dance Again with You,” which was featured on the show.

LaRue later returned to the series in 2010, and finally for a couple of months in 2011 before “AMC” went off the air. Besides that famous daytime role, LaRue is known for playing Natalia Boa Vista for seven seasons on “CSI: Miami” (2005-2012).

The Rosales clan first appeared on “Y&R” in 2018, first with Arturo (Jason Canela), a contractor who was an affair with Nikki Newman (Melody Thomas Scott). Then Vilasuso, a past Emmy winner for “Guiding Light” and LaRue’s former “AMC” co-star, appeared as Arturo’s detective brother Rey. And Calle joined the cast last fall as their sister Lola. LaRue’s arrival in Genoa City coincides with the exits of Canela as Arturo and Noemi Gonzalez as Rey’s wife Mia.

LaRue’s casting follows other big news on “Y&R” this year, including the returns of Michelle Stafford, Greg Rikaart and Melissa Claire Egan, as well as the addition of Mark Grossman as Adam Newman. The series also just won its 10th Daytime Emmy for Best Drama Series. So it seems like an especially good time to be on the CBS serial.