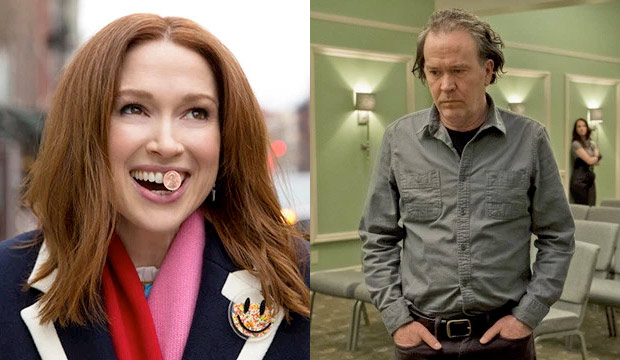 With Netflix continuing to churn out more and more original content, it’s no surprise to see that the streaming giant amassed a whopping 117 Emmy nominations this year, up slightly from 112 last year. (See the network-by-network breakdown.) That huge number is led by limited series “When They See Us” (16 noms), comedy “Russian Doll” (13), nature doc “Our Planet” (10) and drama “Ozark” (9). However, seven of your favorite Netflix shows were snubbed by the TV academy this year, including former Emmy contenders and several new offerings. See the list below:

“After Life” — Ricky Gervais‘ latest Netflix series tells the story of Tony Johnson (Gervais), who becomes depressed and suicidal following the death of his wife. The dark comedy had an outside chance at getting in for Best Comedy Actor for Gervais, a two-time Emmy champ for producing “The Office” (2006) and starring in “Extras” (2007).

“American Vandal” — Last year the first installment of this quirky limited series earned a writing nomination for Kevin McManus and Matthew McManus. However, thanks to a new Emmy rule that stated it had too many recurring stories and characters, “Vandal” was forced to compete as a comedy series this year where it was completely skunked.

“Fuller House” — How rude! Even though everyone’s favorite ’90s revival is still one of Netflix’s most-watched shows, it didn’t get any Emmy love this year. Don’t forget, just last year “Fuller House” received a nomination for Best Children’s Program (losing to “The Magical Wand Chase: A Sesame Street Special”), but it was overlooked this time around.

“The Haunting of Hill House” — Lots of awards prognosticators had high hopes that Netflix’s anthology series would become the next “American Horror Story” at the Emmys, but it was completely left out in the cold. Even big-name cast members like Carla Gugino, Henry Thomas, Elizabeth Reaser and Timothy Hutton were snubbed. Better luck for Season 2?

SEEMarcus James Dixon: Here’s how I walloped every Expert and Editor in predicting 2019 Emmy nominations at Gold Derby

“The OA” — I refuse to live in a world where “The OA” still can’t call itself an Emmy-winning show, but alas, I’ll have to wait a little bit longer. Brit Marling‘s supernatural drama about a woman with special powers will never be as mainstream as other Netflix hits like “Stranger Things” or “Orange is the New Black,” though it does have a passionate cult following. Perhaps in another dimension “The OA” just earned 32 Emmy nominations?

“Santa Clarita Diet” — This snub isn’t really a surprise because Netflix cruelly canceled the zombie-mom comedy earlier this year … on a cliffhanger, no less. Still, it would have been nice for Emmy voters to give “Santa Clarita Diet” some goodbye hugs in the form of nominations for hilarious leads Drew Barrymore and Timothy Olyphant.

“Unbreakable Kimmy Schmidt” — 18 total nominations, no wins. That will now be the final tally for Netflix’s colorful comedy starring Ellie Kemper as an optimistic ex-mole woman who tries to start a new life in New York City. Sure, we’ve been promised a choose-your-own-adventure-style TV movie in the near future to continue the story of Kimmy and friends, but it’s a real bummer that the proper show never took home a single Emmy Award.