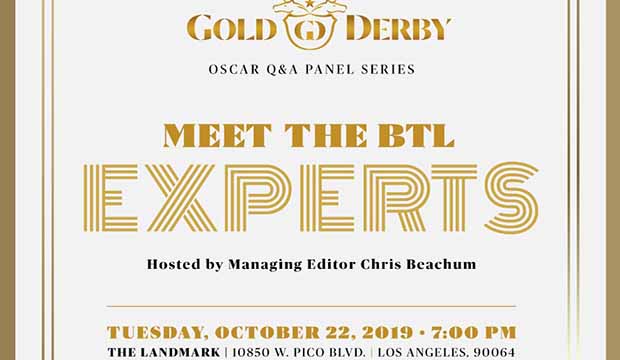 You are invited to attend our Q&A discussion with four of film’s top music composers who now compete for Oscars, Golden Globes and more. Our event is on Tuesday, October 22, at 7:00 p.m. at the Landmark Theater at 10850 W. Pico Blvd. in Los Angeles. Admission and parking are free. Academy and guild members will get priority seating.

MICHAEL ABELS represents Universal for “Us”

Britell has been nominated at the Oscars for “Moonlight” and “If Beale Street Could Talk.” He won an Emmy this year for “Succession.” Other films have included “The Big Short,” “Battle of the Sexes” and “Vice.”

Silvestri has been nominated at the Oscars for “Forrest Gump” and “The Polar Express.” He is an Emmy winner for his score of “Cosmos.” Other films have included “Back to the Future,” “Romancing the Stone,” “Who Framed Roger Rabbit,” “Contact,” “Cast Away,” “Captain America” and “Ready Player One.”

Wingo was nominated earlier this year at the Emmys for “Barry.” Other projects have included “Take Shelter,” “Mud,” “Our Brand Is Crisis,” “Midnight Special” and “Kidding.”