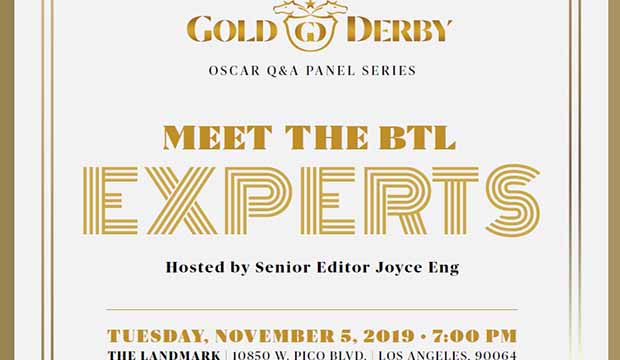 You are invited to attend our Q&A discussion with four of film’s top documentarians who now compete for Oscars and more. Our event is on Tuesday, November 5, at 7:00 p.m. at the Landmark Theater at 10850 W. Pico Blvd. in Los Angeles. Admission and parking are free. Academy and guild members will get priority seating.

PETRA COSTA represents Netflix for “The Edge of Democracy”

The film explores one of the most dramatic periods in Brazilian history, combining unprecedented access to Presidents Lula da Silva and Dilma Rousseff. Costa has had other awards contenders with “Elena,” “Olmo and the Seagull” and “Undertow Eyes.”

This film follows a dedicated team of female doctors who tirelessly treat casualties in an underground hospital in Syria. Fayyad was nominated at the Oscars for “Last Men in Aleppo.” Other projects have included “Windows” and “Between the Fighter in Syria.”

The film is about the vaquita, the world’s smallest whale, which is near extinction as its habitat is destroyed by Mexican cartels and Chinese mafia. Ladkani has had other awards contenders with “The Ivory Game” and “The Devil’s Miner.”

The film is about Athena, an elephant queen, who will do everything in her power to protect her herd after being forced to move from their African waterhole. Stone’s other awards projects have included “The Queen of Trees” and “Haunt of the Hippo.”