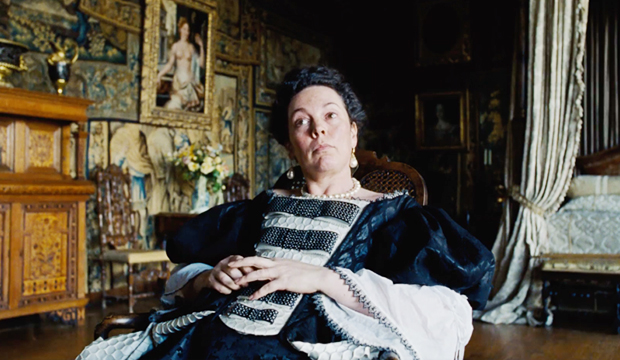 Production designer Fiona Crombie and set decorator Alice Felton reaped their first-ever Oscar nominations for their work on Yorgos Lanthimos‘ “The Favourite.” The film is set in the 18th century court of Queen Anne (Olivia Colman) who is too frail to rule and relies on Lady Sarah (Rachel Weisz) to govern the country. A new servant, Abigail (Emma Stone), arrives and immediately charms the Queen, much to Sarah’s consternation.

“It was so evident from the script that the tone was going to be something quite different,” says Crombie. “It wasn’t your classic biopic or anything like that. It was immediately playful, immediately anachronistic,” which allowed for “a freedom” when it came to designing the lavish sets.

Crombie and Felton met when they worked together on 2015’s “Macbeth.” She is particularly delighted to share this entire “insane” experience with Felton, “who is one of my very best friends To go through this with her is just a complete joy – I love it.” They almost missed the announcement while they were making lunch together at Crombie’s house with the nominations show on in the background. “It’s so surreal. It’s just so exciting. You kind of say ‘life is good,” and then you get nominated for an Oscar and you go ‘oh my God, life just got even better!'”

With 10 nominations, “The Favourite” is tied for the most with Alfonso Cuaron‘s “Roma.” And Crombie just cannot get over that. “It’s a complete thrill and a surprise. I’m so happy about it – I loved this film at the time when making it and so for it to be loved by such a wide variety of people is just brilliant.”

Making the film was not without its challenges, however – those pesky rabbits were quite a nuisance on set: “We created this idea that the rabbits were like dolls, so the Queen had little accessories like tiny silver jugs to fill up water bowls and lots of miniature things like that. But introducing wheatgrass into the diet of a rabbit that hadn’t had it before was not a great thing. There were a few accidents,” laughs Crombie.

But this level of detail, creating rabbit accessories, is ultimately the sort of skill and commitment that has earned her an Oscar nomination. “We created this character story for Abigail that as the story progressed and she was increasing in influence and comfort within the palace, she suddenly had glassware in her room, she suddenly had trinkets. Basically, she was feathering her nest. So there are very subtle shifts in her room that emulates what was going on upstairs.”

It’s these sort of iceberg-details (wherein the work is there but it may not necessarily be seen) that helped to create a palace that seemed just that – like a real palace. “I really believe in setting a world for performance. I want the actors to walk in and see the shoes under the bed and the bits and pieces, the things that give a space history and story and life and context. If I can do that then I feel like I’ve done my job properly.”