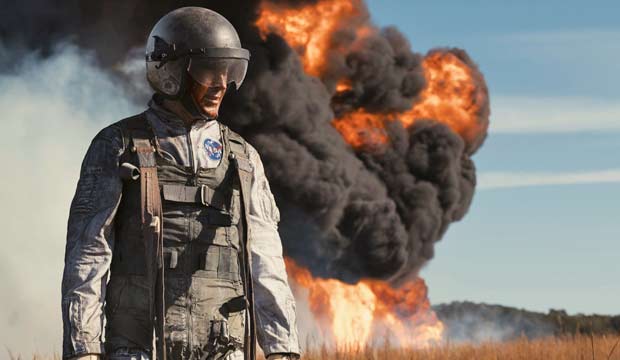 One of the biggest surprises in craft categories when Oscar nominations were announced was the absence of “First Man” from the race for Best Film Editing. We even thought it was one of the top contenders to win, especially since astronaut epics have won in the past (“The Right Stuff,” “Apollo 13” and “Gravity” were all winners). But “First Man” still has a chance for awards redemption. It’s nominated for Best Drama Editing at the upcoming ACE Eddie Awards, which will be presented by the American Cinema Editors guild on Saturday, February 2.

Like Damien Chazelle‘s previous films “Whiplash” (2014) and “La La Land” (2016), “First Man” was cut by Tom Cross (watch our recent interview with him here). He earned Oscar nominations for both of those previous films, winning for “Whiplash.” But he has been twice as popular at the Eddies, where he has now contended four times: in addition to “Whiplash,” “La La Land” (for which he won) and “First Man,” he was recognized for the David O. Russell comedy “Joy” (2015).

However, no film has ever won Best Drama Editing at the ACE Eddie Awards without at least being nominated at the Oscars, and the only two Eddie nominees in this category who also received noms from the academy are “BlacKkKlansman” and “Bohemian Rhapsody.” Does that mean one of those films really has the upper hand?

“First Man” is nevertheless the Eddie Awards front-runner according to our predictions. It gets leading odds of 10/3. Four Experts journalists we’ve polled think it will prevail: Edward Douglas (Weekend Warrior), Joyce Eng (Gold Derby), Tariq Khan (Fox TV) and Susan Wloszczyna (Gold Derby). It’s also backed by most of the Editors who cover awards year-round for Gold Derby, and 15 of the All-Star Top 24 Users who got the highest scores predicting the last two years’ Eddie winners.

So will “First Man” pull off an Eddies first? It’s not exactly be a moonshot, but Tom Cross really would be the first man to achieve it.

Be sure to make your ACE Eddie Awards predictions so that Hollywood studio executives and top name filmmakers can see how their movies are faring in our odds.You can keep changing your predictions until winners are announced on February 2. And join in the debate over the 2019 ACE Eddie Awards taking place right now with Hollywood insiders in our film forums. Read more Gold Derby entertainment news.