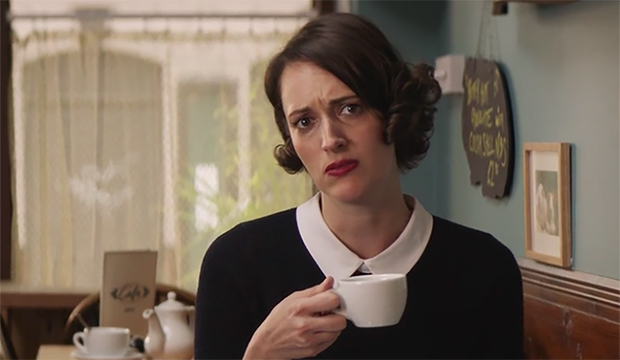 The second season of “Fleabag” hasn’t even premiered stateside on Amazon Prime yet, but you should start emotionally preparing for it because it will be the season’s last.

Sian Clifford, who plays Claire, Fleabag’s (Phoebe Waller-Bridge) sister on the show, told the BBC on Friday that there won’t be a third installment.

“There will not be a third series. This is it,” Clifford said (watch below), describing the finale, which aired in the U.K. on Monday, as a “beautiful, perfect ending.” “I think it is, but what I think it’s closer to is poetry. I think people will accept that this is the end when they see it because I think it is complete. I think the story is complete.”

The news is not that surprising since Waller-Bridge, who also created the series, has said she was unsure about a third season. She told the BBC last month that Season 2 is the “final curtain,” but left the curtain open a bit for a return by acknowledging that she said the same thing about a second season. When asked about a third season at the Television Critics Association winter press tour in February, Waller-Bridge said, “I may be surprised again.” During the same panel, Clifford joked that she was “working on [Waller-Bridge]” to make a third season. But Clifford’s latest remarks are far more definitive about Season 2 in fact being the end.

Based on Waller-Bridge’s acclaimed 2013 one-woman play of the same name, “Fleabag” premiered in 2016 and was originally intended to be a one-season show, which is partially why it’s taken so long for a second season. Following the titular character, a caustic, self-loathing and promiscuous woman living in London, the series earned rave reviews and a BAFTA TV Award for Waller-Bridge.

The first season failed to net any Emmy nominations, but could this final season announcement elevate its Emmy chances this year? It’ll be the last shot to acknowledge the show, which drops on Amazon on May 17, right before voting starts. Waller-Bridge’s profile has gotten bigger the last three years, with her developing “Killing Eve” and earning a writing Emmy nomination last year, and co-starring in “Solo: A Star Wars Story.” (Waller-Bridge stepped down from Season 2 of “Killing Eve” to focus on Season 2 of “Fleabag.”) Plus, the series also stars Olivia Colman, who could bring some Oscar heat with her.

Best Comedy Supporting Actress and and Best Comedy Writing, which is not yet in our predictions center, are probably the most viable categories for “Fleabag.” Colman is in sixth place in our comedy supporting actress odds, while the show is in 13th place in the series race and Waller-Bridge is in 14th place in the lead actress one.