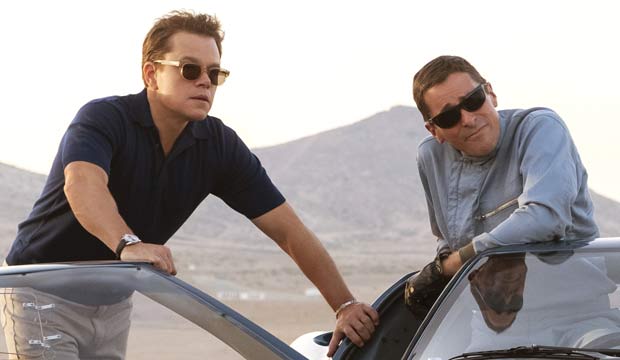 “Ford v Ferrari” chronicles the attempt by Carroll Shelby (Matt Damon) and Ken Miles (Christian Bale) to win Le Mans ’66 for the Ford motor company, To come up with the visual language, cinematographer Phedon Papamichael says that he and director James Mangold (with whom he has worked with five times) ditched the expected storyboarding and settled into a more relaxed, instinctive way of working: “It was like classic filmmaking, a movie from the 1960s made today.”

Indeed, one of the main inspirations was the 1967 picture “Grand Prix.” “We realized how simple they shot it – just a frontal close up of James Garner holding for a minute and then just his POV hard mounted.” As he explains, “That simplicity was much more effective than all these high-action car sequences in the ‘Fast & Furious’ series and ’Baby Driver’ (2018). We transferred that simplicity in cinematography into our film, and that helped us focus on our objective – unfolding the story through the central character’s experience and connecting the audience with that, about the driver, about what’s happening in their head, about the psychology.”

By freeing themselves of the constrictions that come with extensive storyboarding, it also freed up the actors, which was perfect, Papamichael says, when you have someone like Bale. “In the driving scenes, he just started improvising all those things he says in the car. We’d be watching the monitors going ‘What is he saying? Oh! Giddy up, giddy up, giddy up!’ And we’d laugh, so we just hard-mounted cameras in the car and let him go.”

Bale started filming just four months after completing work on Adam McKay’s “Vice” (for which he was nominated for Best Actor last year). He lost all of that Dick Cheney weight in the interim, which led to some of his long-time colleagues not even recognising him. Papamichael says Bale took great pleasure in this role.

“I felt like he really let loose. He got to play a Brit and Ken Miles’ character is much closer to his actual personality – he’s funny and goofy and quirky. He also went to race school for two weeks. He told me that he used to race motorcycles so he actually already knew some of the tracks, which was great. His wife, doesn’t let him race anymore, though,” laughs Papamichael.

Papamichael earned an Oscar nomination for Alexander Payne’s “Nebraska” in 2014. While he lost to Emmanuel Lubezki,he did our website that year. “I’m always tracking everybody on Gold Derby. I remember telling Rachel Morrison when she did ‘Mudbound’ (2018), ‘oh you just moved into the top five, you’ll get nominated’ and I introduced her to the site. It’s fun, it takes the anxiety out of awards season – and it’s impressive how accurate you guys are. I think I’m about 8th right now though?”

He is indeed in 8th place now but, as Papamichael says: “I was always ranked 6th or 7th for ‘Nebraska’ but then I got the nomination, so you never know.”