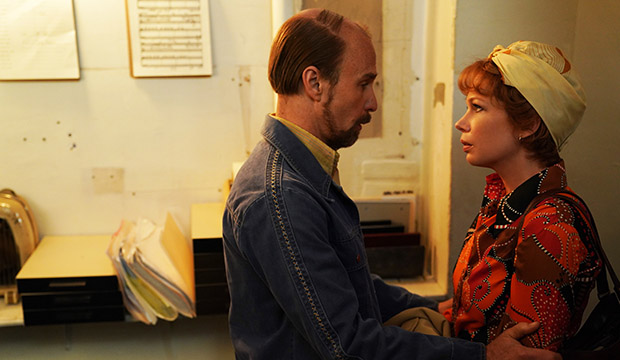 FX’s “Fosse/Verdon” is in second place in our Best Limited Series Emmy odds and would give the cable network its 11th nomination in the category if it makes the cut in July. Not only that, but it’d also be FX’s first limited series nominee that is not a Ryan Murphy show or “Fargo.”

FX has had a great run in this category in the last seven years — kick-started by Murphy himself. “American Horror Story” gave FX its first bid in the category in 2012 — back then it was temporarily merged with TV movies into a single Best Limited Series or TV Movie race — and the network has gotten in every year since, sometimes with two nominations, all of which were combos of Murphy shows and/or “Fargo.” FX has won three times, with “Fargo” in 2014 and the two “American Crime Story” installments in 2016 and ’18; “American Crime Story” is the only franchise with multiple victories in the category.

But for the first time since 2012, FX now finds itself without a Murphy contender or “Fargo” in this year’s race. “American Horror Story: Apocalypse” must compete in drama because of its continuous storylines, while new seasons of “American Crime Story” and “Fargo” have not been filmed yet — and in the former’s case, it may be a long time before we get a third season. (Not to mention, FX won’t have any new Murphy projects outside of his existing shows anymore since he’s left his longtime home for Netflix.)

So the cabler’s limited series hopes rests on “Fosse/Verdon,” a splashy, star-studded showbiz series that — if you’re not paying any attention — might feel like it hails from Murphy because you just remembered “Feud: Bette and Joan” existed, but it most definitely does not. It does have some pretty big and accomplished names behind the camera: “Hamilton”‘s Lin-Manuel Miranda and Thomas Kail, “Dear Evan Hansen”‘s Steven Levenson and “The Americans”‘ Joel Fields serve as executive producers alongside stars Sam Rockwell and Michelle Williams.

SEE FX has 4 seasons of ‘American Crime Story’ in the works, but don’t hold your breath for more ‘Feud’

That’s the kind of pedigree that can get you in, sight unseen. The show, though, hasn’t exactly lit the world on fire the way Murphy’s shows are pop culture centerpieces, and it lags behind “Fargo” in critical acclaim, standing at a serviceable 68 on Metacritic. But “Fosse/Verdon” did just have its best episode of the season with the seventh hour, which focused on Bob Fosse (Rockwell) and Gwen Verdon‘s (Williams) original production of “Chicago” and featured a dynamite turn from Williams. So it’s certainly peaking at the right time.

As for the Best Limited Series race itself, it’s crowded with a bunch of worthy contenders but none that feel totally secure outside of “Escape at Dannemora,” which tops our odds. There are ostensibly eight shows fighting for the other four spots — “Fosse/Verdon,” “Sharp Objects,” “A Very English Scandal,” “True Detective,” “Catch-22,” “Chernobyl,” “When They See Us” and “The Act” — so don’t be surprised if we end up with six or even seven nominees.

If “Fosse/Verdon” survives that bloodbath to get shortlisted, that will already be a win for FX, knowing that it doesn’t have to rely on its trusted, proven stalwarts Murphy and “Fargo” to deliver a nominee.