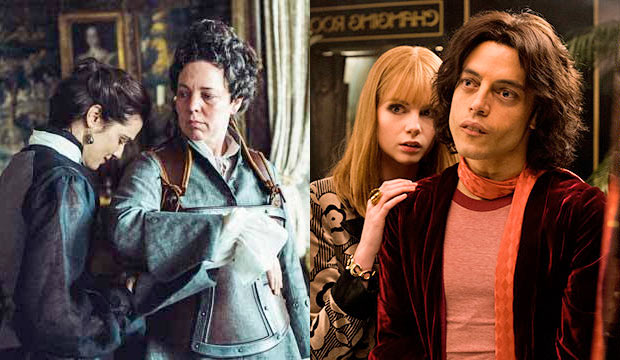 Fox’s two film studios are “the champions,” to quote the infamous Queen song, of the 2019 Oscar nominations as Fox Searchlight and 20th Century Fox have a combined 20 nominations this year. Indie studio Fox Searchlight leads with 10 bids for royalty dramedy “The Favourite,” three for biopic “Can You Ever Forgive Me?” and two for animated feature “Isle of Dogs,” while big budget brother 20th Century Fox earns five noms for the making-of-Queen film “Bohemian Rhapsody.” Last year Fox Searchlight won Best Picture and Best Director for Guillermo del Toro‘s “The Shape of Water,” so will their Oscar domination continue this year? See the studio-by-studio breakdown below.

Next up with 14 total bids is streaming giant Netflix, which made a name for itself this year with 10 nominations for Alfonso Cuaron‘s “Roma,” three for the Coen Brothers‘ “The Ballad of Buster Scruggs” and one for documentary short subject “End Game.” Netflix’s previous claim to fame at the Academy Awards was winning Best Documentary Feature for “Icarus,” but it’s poised to take home even more trophies this year if the nominations totals are any indication.

Focus Features
6 for “BlacKkKlansman”
2 for “Mary Queen of Scots”

Sony Pictures Classics
2 for “Never Look Away”
1 for “The Wife”
1 for “Spider-Man: Into the Spider-Verse”
1 for “Capernaum”