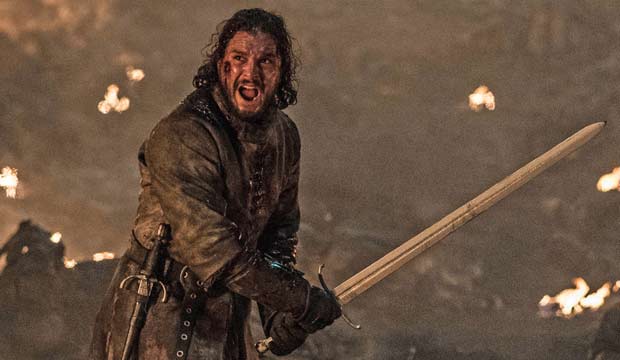 The weekend of April 26-28 was unusually militaristic for pop culture as “Avengers: Endgame” pitted countless Marvel heroes against the forces of evil, while on “Game of Thrones” the Night King and his army of the dead descended on Winterfell. It seemed like those epic fights were all anyone was talking about, so we asked our readers which was better. In the battle of the battles, most fans defended the North. Scroll down for our complete poll results.

It was a close contest, though, both on-screen and off. A little over half of respondents (53%) thought the Battle of Winterfell stole the Avengers’ thunder. It was a fight eight years in the making, and it was the longest battle in TV history as it stretched across the episode’s entire 80-minute running time. That is, it was the longest battle so far. There are still three episodes left, and Queen Cersei (Lena Headey) is still smirking down in King’s Landing, so she’ll need to be reckoned with, and something tells me she won’t be much easier to take down than the Night King.

If Dany, Jon and company need any backup for that confrontation, maybe “Avengers: Endgame” can spare a few heroes. Goodness knows they’re full to bursting with characters, and 43% of our readers thought that that was the weekend’s best melee. It was certainly the more lucrative since the film made a billion dollars worldwide in less time than it takes a zombie dragon to melt a giant ice wall.

Only 4% of our readers shrugged off the entire collision of cataclysms, saying the battles were “both underwhelming.” So which army of fans are you on, or are you sitting this one out too? 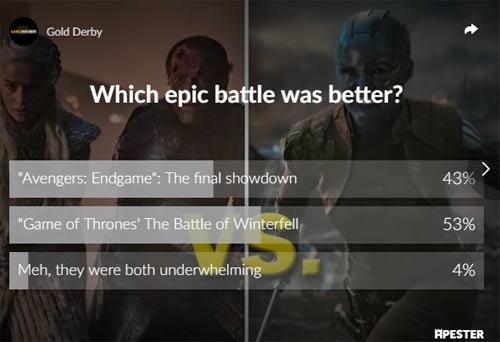