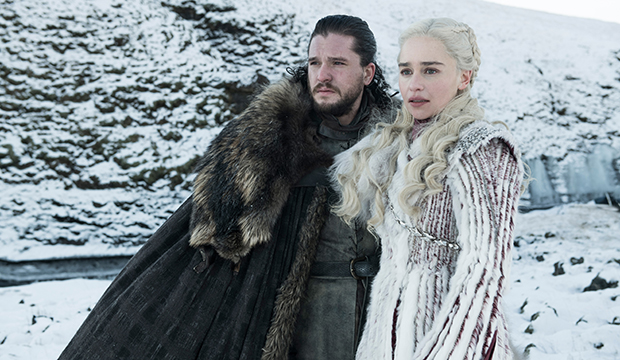 Last year, “Game of Thrones” stars Emilia Clarke and Kit Harington upgraded from supporting to lead at the Emmys, but both failed to get a nomination. Will they have better luck this go-around for the eighth and final season?

Both could definitely ride the momentum of the final season to bids, but what could work more in their favor are their comparatively empty fields. Last year, their respective races were stacked, especially Best Drama Actress. But five of the people who blocked Clarke — champ Claire Foy (“The Crown”), Tatiana Maslany (“Orphan Black”), Elisabeth Moss (“The Handmaid’s Tale”), Evan Rachel Wood (“Westworld”) and Keri Russell (“The Americans”) — are gone, with only Sandra Oh (“Killing Eve”) eligible to return.

Surely that’s enough room for the Mother of Dragons to grab a spot, right? Well, not so fast. There are some big names looking to break in or return to the race. Clarke is currently in seventh place in our odds, behind Olivia Colman (“The Crown”), Oh, Laura Linney (“Ozark”), Julia Roberts (“Homecoming”), Jodie Comer (“Killing Eve”) and Robin Wright (“House of Cards”). This is pending “The Crown”‘s eligibility as Netflix has not announced a premiere date yet, so if it’s out, then that’s good news for Clarke. Christine Baranski (“The Good Fight”), Mandy Moore (“This Is Us”) and former champ Viola Davis (“How to Get Away with Murder”) trail Clarke.

The Best Drama Actor race does not have as much turnover, but half of last year’s nominees are gone: winner Matthew Rhys (“The Americans”), and “Westworld” stars Ed Harris and Jeffrey Wright, both of whom, unlike Harington, successfully moved from supporting to lead last year. The other three, Jason Bateman (“Ozark”), and “This Is Us” stars Sterling K. Brown and Milo Ventimiglia, are projected nominees in our odds, with Bateman the favorite to win. Bob Odenkirk (“Better Call Saul”) is expected to return after skipping the 2018 race, while Golden Globe champ Richard Madden (“Bodyguard”) is also predicted to make the lineup.

Our odds currently have the sixth and final spot indeed going to Harington, ahead of Brian Cox (“Succession”) and Golden Globe nominee Billy Porter (“Pose”). The field is not as deep as the ladies’, so that should benefit Harington, but never underestimate the voters’ predilection to return to what they know, like, maybe three-time nominee Liev Schreiber (“Ray Donovan”), who’s in 11th place.

Clarke and Harington are previous Emmy nominees in supporting, with three bids for her and one for him, so neither has to do the hard part of breaking through with a maiden nomination. But as we know, Emmy voters don’t really care about “Game of Thrones” actors that much unless their name is Peter Dinklage, who has won the show’s only acting Emmys — three — and all in supporting.