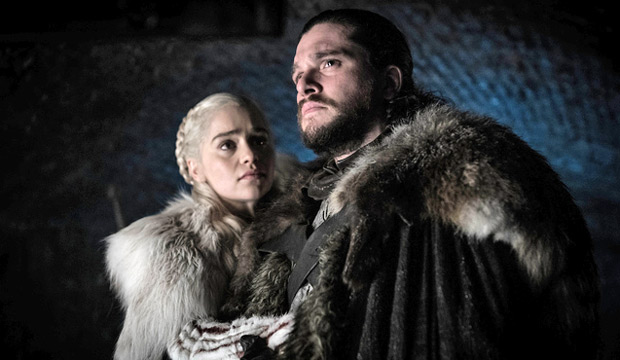 Gold Derby has learned exclusively that HBO will once again submit “Game of Thrones” stars Emilia Clarke and Kit Harington as lead actors at the 2019 Emmys. We assumed this is where they’d be entered since both performers tried to break through this all-important wall at last year’s Emmys and Golden Globes, but now it’s official. Might the added publicity for the fantasy show’s final season help Clarke and Harington receive their first-ever nominations as Best Drama Actress and Best Drama Actor?

Clarke previously earned three Emmy bids in the supporting category in 2013, 2015 and 2016 for her role as the Queen of Dragons, aka Daenerys Targaryen. In Season 8 Dany has finally stepped foot in Winterfell where she’s been met with a cold shoulder from the citizens who believe the Starks should be their leaders. Clarke’s role has continued to increase year after year, which explains why she tried her luck in the lead race at the 2018 Emmys. By going lead again this year, it also opens the door for fellow “GoT” cast members Lena Headey, Sophie Turner and Maisie Williams to earn nominations in Best Drama Supporting Actress.

As for Harington, he’s a one-time supporting actor nominee in 2016 for playing Jon Snow, the one-time bastard who’s just discovered that he’s the rightful heir to the iron throne. Harington was predicted to win Best Supporting Actor that year, but lost in a shocking upset to Ben Mendelsohn (“Bloodline”). With Harington going lead again this time around, two of his co-stars will likely shine in the supporting race: Nikolaj Coster-Waldau, who received his first bid last year, and Peter Dinklage, a record-tying three-time winner in this category.

If “Game of Thrones” goes on to win Best Drama Series, as our Emmy experts predict, it will match the record of four victories that was previously set by “Hill Street Blues,” “L.A. Law,” “The West Wing” and “Mad Men.” It took a while for “Game of Thrones” to connect with Emmy voters, as it didn’t win Best Drama Series until its fifth season in 2015. The show then repeated in 2016 and 2018 (it was ineligible in 2017).

Here’s a closer look at all seven cast members HBO is submitting on the 2019 Emmy ballot. More names might be added by the network at a later date. Also note that performers not included on this list may well be submitted by their personal reps.