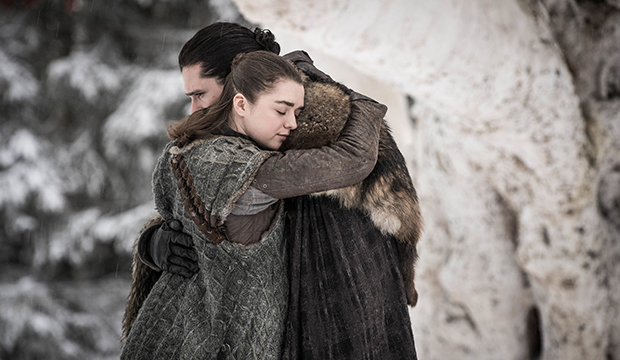 The massive “Game of Thrones” cast has undergone numerous permutations over eight seasons, but for a while now the show and storylines have focused on a core septet of stars, all of whom have been in Westeros since the beginning: Peter Dinklage, Lena Headey, Nikolaj Coster-Waldau, Emilia Clarke, Kit Harington, Maisie Williams and Sophie Turner. All seven have never been nominated at the Emmys in the same year before, but could this final season be the lucky one for them?

Of them, the biggest lock of locks is Dinklage, who’s going for his record-breaking eighth nomination and fourth win in the supporting category; he’s currently in a tie at three with Aaron Paul (“Breaking Bad”). Tyrion was the immediate breakout character of the show, which is partly why Dinklage is the only “Thrones” star who’s been nominated every season so far and the only one to have won, which he did in 2011, ’15 and ’18. This will be a walk for him.

Headey is the next most popular “Thrones” star with the TV academy. A four-time nominee, she’s going for her fifth supporting bid for her turn as Cersei, which shouldn’t be hard to pull off since she’s the only nominee from last year who’s eligible to return. She just hasn’t been able to convert any of her bids into wins, falling to Anna Gunn (“Breaking Bad,” 2014), Uzo Aduba (“Orange Is the New Black,” 2015), Maggie Smith (“Downton Abbey,” 2016) and Thandie Newton (“Westworld,” 2018).

Headey was widely predicted to prevail in 2016, but the most ruthless Lannister may have been foiled by a Targaryen and a Stark. That was the first time she was nominated against not one but two co-stars, Emilia Clarke and Maisie Williams, and vote-splitting is definitely a factor now under the peer group-wide voting system. If our predictions are correct, she could be up against two co-stars again, this time Stark sisters Williams, who’s gunning for her second nomination, and Turner, who’s never been nominated.

After three supporting nominations in 2013, ’15 and ’16, Clarke submitted in lead in 2018, along with Harington, who was shortlisted in supporting in 2016. Neither made the cut last year, but there are openings in both races this year, which could be just what the doctor ordered. Jon Snow may know nothing (can we really be sure he put two and two together and realized he boned his aunt?), but he does know you need a little help from the Emmy gods.

Harington’s defection from the supporting field last year allowed Coster-Waldau to snag his first nomination, so he could very well get back-to-back bids. And honestly, he deserves it for Jaime and Bran’s (Isaac Hempstead Wright) long-awaited, instantly iconic reunion in the premiere.