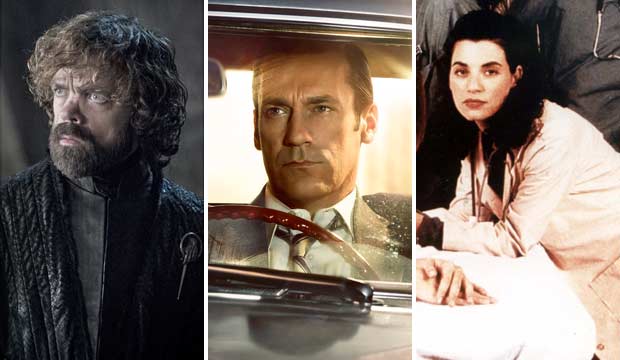 If the Emmys love you enough to give you Best Drama Series, you’d think they’d love you enough to shower you with acting awards, especially with an ensemble cast as deep as “Game of Thrones.” Alas, only one actor has ever won for the show: Peter Dinklage. This year is the last chance for his co-stars to join him in the winner’s circle. But even if no one does, “Thrones” will be in good company. “ER” and “Mad Men” couldn’t get more than one regular cast member to the podium either.

“ER” was a pop cultural juggernaut in the 1990s, and it won Best Drama Series in 1996 for its second season. When all was said and done the show ran for a whopping 15 years and picked up a slew of nominations across acting categories, but the only time a regular cast member won was in the very first season, when Julianna Margulies claimed Best Drama Supporting Actress. The show later won a couple of guest-acting trophies for Sally Field and Ray Liotta, but nothing else for series regulars despite multiple nominations for Anthony Edwards, Noah Wyle, Eriq La Salle, Laura Innes and more.

“Mad Men” had the opposite problem. Though it tied the record for the most Best Drama Series victories with four straight wins from 2008 to 2011, it had to wait until its very last season to win its first and only acting award: Best Drama Actor for the long overdue Jon Hamm. But just like “ER,” it wasn’t for a lack of trying. Tons of “Mad Men” actors earned nominations over the years, including Elisabeth Moss, Christina Hendricks, John Slattery and Jared Harris, to name a few.

Now “Thrones” may join that unfortunate club. Its Emmy acting shortfall is even more ironic when you consider how dominant the show has been in other categories. It holds the record for the most Emmys won by a continuing series in a single year (12 trophies in both 2015 and 2016), as well as the record for the most Emmys won by any primetime drama or comedy series ever. And Dinklage hasn’t just won for the show, he has won three times (2011, 2015, 2018), so if the television academy has been so generous to him, why have they been so stingy to his fellow nominees like Lena Headey, Kit Harington, Emilia Clarke, Maisie Williams and Nikolaj Coster-Waldau?

Meanwhile, other shows that have won Best Drama Series have been flooded with acting honors, like “Hill Street Blues,” “The West Wing,” “The Sopranos” and “Breaking Bad.” It’s anyone’s guess why the academy actors branch is indifferent to some shows but not others. “Northern Exposure” also won acting honors for just a single series regular (Valerie Mahaffey). Best Comedy Series champs “Arrested Development” and “The Office” never won any acting Emmys at all. So will “Game of Thrones” break out of its rut, or will Dinklage stand alone in the end?