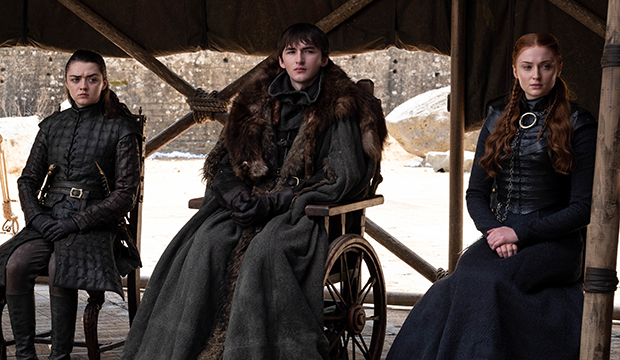 Thanks to its quadruple bids for Gwendoline Christie, Lena Headey, Sophie Turner and Maisie Williams, “Thrones” has topped out at 12 nominations in this category, breaking down to five for Headey, three for Emilia Clarke (now in lead), two for Williams, and one each for Christie and Turner. That’s the second most nominations for a show in drama supporting actress behind “Hill Street Blues,” which bagged 13. But unlike “Hill Street Blues,” which won for Alfre Woodard and Betty Thomas, “Thrones” is still seeking its first victory in this category (or really, just for any actor not named Peter Dinklage).

The current record for most nominations without a win is held by “L.A. Law,” which contested 10 times in this category to no avail. It’s tied for the fourth most nominations with “Grey’s Anatomy” (one win for Katherine Heigl), “NYPD Blue” (one win for Kim Delaney) and “St. Elsewhere” (two wins for Bonnie Bartlett, one for Doris Roberts). Eleven-time nominees “Lou Grant” and “The West Wing” have also both won, with Nancy Marchand earning a record for statuettes for the former, and Allison Janney (twice) and Stockard Channing (once) triumphing for the latter. (If you’re wondering, the individual record for most nominations without a win is shared by Christine Baranski, Barbara Bosson and Christina Hendricks, who are 0-6.)

“Thrones” made history by being the first show to field four drama supporting actress nominees, but that might not be much of a consolation if it becomes the category’s biggest loser. The current voting system, in which members can only check off one name rather than rank all the nominees like they used to do, can lead to vote-splitting among co-stars, especially if there isn’t overwhelming consensus around one of them. Headey may be the most overdue, but you can argue she also had very little to do last season and Williams was at the center of one of the show’s biggest moments, killing the Night King. The last time “Thrones” had multiple nominees in this race was in 2016, with Headey, who was predicted to win, Clarke and Williams, but they were foiled by Maggie Smith (“Downton Abbey”).

None of the four is predicted to win in our early odds, which is led by Julia Garner (“Ozark”), followed by Williams, Headey, Fiona Shaw (“Killing Eve”), Christie and Turner.